Michel Grenon, Research Scholar and leader of the Resources Group within the IIASA Energy Program and the Resources and Environment Area from 1974 to 1981, passed away in Paris, France on August 15, 2018 shortly before his 90th birthday. He is now united with his beloved wife Catherine, who passed away in 2002. 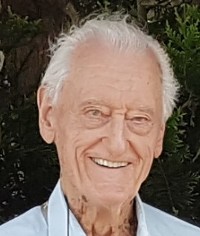 Michel Grenon joined IIASA after a long and distinguished career in fields that included nuclear physics, petroleum supply, as well as energy policy. Prior to joining IIASA he held positions at the French Petroleum Institute (IFP), the French Nuclear Energy Commission (CEA) as well as at EURATOM, where he served as deputy director of the Nuclear Research Centre in Petten, the Netherlands.

At a time of fear of imminent resource scarcity, popularized by the Club of Rome’s study Limits to Growth, Michel succeeded in shifting natural resource availability studies to new ground: evidence based, embracing a long-term view, and including a systems analytical perspective. Through a series of high-level conferences, all published as high-impact academic books, he prepared a fundamental contribution to IIASA’s energy systems program’s study Energy in a Finite World. Therein he contrasts the traditional static resource scarcity perspective with a dynamic one including both conventional as well as unconventional energy resources. In addition, he discusses potential technological improvements in their recoverability as well as potential adverse environmental impacts. Michel’s special interest in natural gas resources, which he labeled “the unexpected guest to the energy banquet” in his popular science book The Nuclear Apple and the Solar Orange, demonstrated considerable prescience; currently natural gas is being increasingly recognized as the largest occurrence of hydrocarbon resources in the Earth’s crust. Together with Bruno Lapillonne he also pioneered an extended accounting methodology for natural resource systems designed for the study of resource development strategies and energy scenarios from the perspective of interacting resource stocks and flows, today referred to as the Nexus Approach. Next to his academic publications, Michel also excelled in popular science books, making research findings and the systems perspective to the energy problematique accessible to a wide audience.

After his departure from IIASA, Michel Grenon served as Scientific Director of the Mediterranean Blue Plan at the UNEP Regional Activity Centre of the Mediterranean Action Plan in Sophia Antipolis, France, where he also co-founded the Mediterranean Observatory on Environment and Sustainable Development. After his retirement he redirected his tireless intellectual curiosity to historical studies. His sudden death did not allow him to complete his third historical book.

Michel Grenon was an exceptional scientist with an unusually wide breadth of knowledge, interests, and perspectives, which often did not represent the conventional wisdom of the day, but which—with the benefit of hindsight—proved to be extremely prescient and accurate. As a colleague and supervisor he was both a great inspiration as well as an untiring and patient mentor, who added a much welcome French “savoir vivre” atmosphere to IIASA. He will be sorely missed by all friends and colleagues that remember him.

Personal condolences were sent by Nebosja Nakicenovic, Arnulf Grubler, and Vivien Landauer to Michel’s family on behalf of the entire IIASA family. 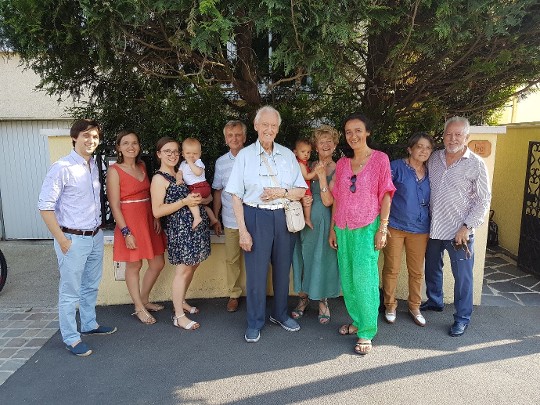 Tributes in Memory of Michel Grenon

Michel Grenon provided an indispensable contribution to IIASA's energy studies. Considering the potential as well as the limitations of a set of key resources, necessary to produce and supply useful energy, his WELMM approach (Water, Energy, Land, Materials, Manpower) placed alternative energy systems into a wieder context, established by nature, economy, and society. WELMM addressed the various demands of water, of energy, of  land, of materials, and of manpower to establish and to sustainably operate alternative production and supply chains. Thereby he pointed to quite different constraints limiting the evolution of the wood, coal, and oil based economies of the middle and late 20th century. He drew the attention to the dilemma of balancing benefits and risks of traditional and newly emerging technologies. His approach was much broader than what lateron became the ecological footprint characterizing specific products. One might say he tried to evaluate the societal, not just the ecological, impacts of future energy systems as the indispensable foundation of future civilizations.

What does he leave us? The insight that it is less nature than the ability of modern societies to look at their diverging limitations and possibilities that determine how billions can settle on a planet, transformed by them into a kind of Noah´s Ark II.

It was with great sadness that we learned of the passing of Michel Grenon. He was a senior member of our Energy Program, and I had the great privilege to work as a young scientist while he led the group on fossil resources. His work was a great inspiration for me and many of our colleagues. It was paradigm changing research. At that time most energy experts, as well as the public in general, had the perception that the world would be running out of fossil energy very soon as an aftermath of the 1973 energy crisis. His intellectual leadership led to strong scientific evidence, confirmed during the reality of what happened during the past half century, that the global endowment of fossil energy is gigantic and would last centuries rather than decades. This has been documented in many publications, but in particular with the IIASA flagship report Energy in the Finite World, and is still true today. I, for one, was very much influenced throughout my work by Michel's vision and scientific legacy.

Energy in a Finite World