IIASA's sixth Director, Dr. Peter E. de Janosi, recently died at the age of 82. He served as IIASA Director from 1990 to 1996 during which his far-sighted leadership helped IIASA broaden its mandate to a truly global focus from its original mission of building scientific bridges between the East and West during the Cold War. 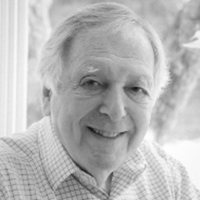 “IIASA’s survival was at stake,” wrote Dr. Peter E. de Janosi about the time he became IIASA’s Director in 1990. With the end of the Cold War, the immediate political rationale for IIASA’s existence had ceased.

Over the next six years, Peter de Janosi led the rebuilding of IIASA as it adjusted to the fundamental changes happening in the world. “Global change and sustainability became the key concepts for the new agenda, for which  international, interdisciplinary research projects were to be selected that would utilize first-rate science and address urgent policy issues,” explained Peter de Janosi in an editorial about his time as Director.

A Ministerial Conference at IIASA endorsed the new strategic direction in 1994 and two years later Professor Bert Bolin, the first Chair of the Intergovernmental Panel on Climate Change, evaluated IIASA and noted with approval, “a successful transition of IIASA from its Cold War roots and methodological focus into a major research and policy institution with a focus on global environmental change.”

Peter de Janosi’s role in transforming IIASA was widely ecognized with awards including from the Austrian Government (Austrian Cross of Honor for Science and Arts, First Class), the City of Vienna (Golden Decoration), and Budapest University of Economic Sciences (an honorary doctorate) following his retirement from IIASA in 1996.

Born in Hungary, Peter de Janosi became an American citizen in his youth and studied economics in the United States, where he earned his PhD from the University of Michigan. By 1962 he had joined the Ford Foundation where he first became involved with IIASA and helped support the establishment of the Institute in 1972.

He joined IIASA five years later as Senior Consultant on Management and Chairman of the
System and Decision Sciences Department. During the 1980s, Peter de Janosi returned to the United States as Vice President of the Russell Sage Foundation but remained closely involved with IIASA as its US Council member and an influential fundraiser.

"Peter de Janosi has played a vital role in the history of IIASA. He will be sorely missed,” said IIASA’s Director Professor Detlof von Winterfeldt.