IIASA's seventh Director Gordon MacDonald passed away on Tuesday the 14th of May 2002. 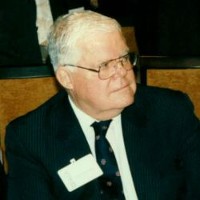 In August 1996, Gordon J. MacDonald began his term as the seventh Director of IIASA. His experience in research and policy advising complemented IIASA's strategy to conduct scientific studies on critical issues of global environmental, economic and social change. Prior to joining IIASA, Gordon MacDonald was Professor of International Relations at the University of California at San Diego. He also worked as Chief Scientist and Vice President of the MITRE Corporation, an independent non-profit systems engineering and research organization, and as Executive Vice President at the Institute for Defense Analyses in Washington, DC. He served on the US President's Council on Environmental Quality and chaired numerous scientific committees for the White House, various federal agencies and the US National Academy of Sciences. In addition, he led numerous interdisciplinary efforts for the US government, the private sector and academia on issues of the environment global change and US national security policy.