Alumnus elected to US National Academy of Sciences

Geoffrey M. Heal, currently the Donald C. Waite Professor of Social Enterprise at the Graduate School of Business at Columbia University, has been elected as a member of the US National Academy of Sciences. 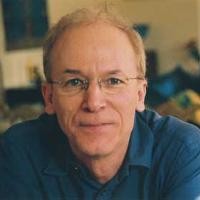 The US National Academy of Sciences (NAS) recently elected 84 new members and 21 foreign associates from 14 countries in recognition of their distinguished and continuing achievements in original research.

Prof. Heal first arrived at IIASA in 1982 to work in the Systems Decisions Program and returned in 1983 as an Independent Scholar. Today he is noted for contributions to economic theory and resource and environmental economics with eighteen book publications and about two hundred articles.

"It's a great honor to be elected to the NAS, and I think it reflects the fact that I've been lucky enough to work with many talented people who brought with them very diverse perspectives. At IIASA in particular, I always found a very productive emphasis on modeling, on a solid scientific basis, and on policy relevance, a challenging but rewarding combination," says Heal.