Brian Fath participated in the 1997 YSSP and today is the scientific coordinator of the program as well as a summer Research Scholar within the Advanced Systems Analysis Program. The YSSP impacted not only his career, read more about how it turned his life upside down below. 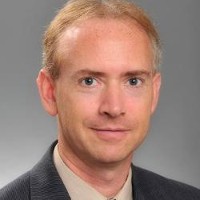 Before & After the YSSP
by Brian Fath

In my role as scientific coordinator for the YSSP, I like to tell new arrivals during the opening session that this summer will likely be a bifurcation point in terms of their professional careers and possibly personal lives. In the future, one’s timeline will mark events as having occurred before or after YSSP. I know from experience that this is what happened for me during the summer of 1997. I was coming to IIASA on the recommendation of one of my Ph.D. committee members, Bruce Beck, who had worked at IIASA in the early 1980s and maintained a collaboration with Arkady Kryazhimskiy in the Dynamic Systems Program. At the time, I knew little about Austria (I had visited briefly in 1992 and 1994) and less about IIASA, but I was eager to jump into the opportunity. Right away, what struck me was beauty of the environment, both natural and built, and also the lingering shadows of the cold war. IIASA was and remains global and international, but at the time, coming from the USA, I sensed a heightened awareness for its importance as a unique platform for western and eastern scientists to work together.

I was also impressed by the diverse nature of the research and high level of expertise my fellow YSSPers showed. I liked the largely independent nature of the program that gave space for self-organization and free association of new ideas and projects. I also appreciated that the demands and expectations were high which encouraged us to work hard and achieve our best. It was both exhilarating and exhausting, a combination we try to keep together today in a healthy balance. In addition to the two IIASA interim reports I published that summer, one of which became a chapter in my dissertation, I found time to meet the amazing woman of my dreams, which clearly turned my life upside down. Natasha (who, if you didn’t guess from the name, is Russian) was also YSSP 1997, in the Land Use and Land Cover Change Program. Somehow, we managed to merge our cultures and lives, but for more on those tales see me for a beer in Laxenburg. I think our son, Peter, feels anxious to participate in YSSP; I’m guessing he will be ready by class of 2026.

I feel fortunate to still be involved with the YSSP and to give back to the program that meant so much to me. I started coming back to IIASA regularly as a research scholar in 2002 and supervised my first YSSP in 2004, who I believe was the first YSSPer from Egypt. I spent several years as the program representative for DYN and later ASA, and in 2011, JoAnne trusted to add me to the YSSP team. It has been a pleasure to work with the YSSP team, the dedicated IIASA scientific supervisors, and so many brilliant and talented YSSPers during the past years.

It is hard to believe now in 2017, the 40th anniversary, that my time with the program marks one-half of its existence. I guess part of that is the time-warping that occurs around such a timeless place as Schloss Blauer Hof and also with the anticipation and expectation that many more years will follow. 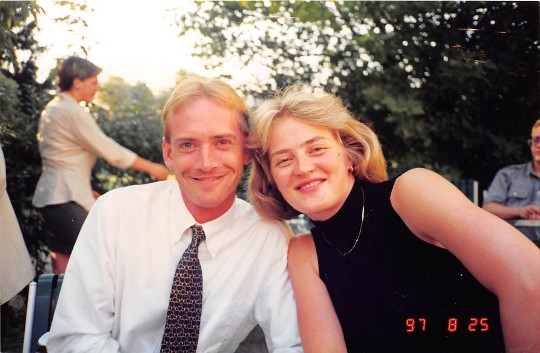 Brian and Natasha Fath in 1997 during their YSSP.

Dr. Fath first came to IIASA as a participant in the 1997 Young Scientists Summer Program (YSSP). Since 2002, he has been a summer Research Scholar within the Advanced Systems Analysis (ASA) Program. His work at IIASA contributes to ASA activities in environmental systems modeling, specifically in the area of integrated modeling (ecological-economic networks), and since 2011 he is co-scientific coordinator for the YSSP Program.