William D. Nordhaus received the 2018 Nobel Prize in Economic Sciences for his work in integrating climate change into long-run macroeconomic analysis. His longstanding association with IIASA is closely bound to the issues the Nobel Committee cites in the award. 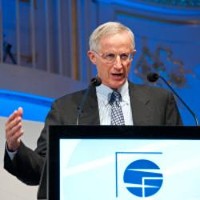 Nordhaus’s first economic model of global warming was published at IIASA in 1975 entitled “Can we control Carbon Dioxide?”. Many climate change models trace their conceptual and methodical roots to models developed by Nordhaus at IIASA. “My own first serious research on global warming started when I spent a year in Vienna at IIASA,” remembers Nordhaus. “Research on global warming is deeply interdisciplinary, and IIASA at that time was uniquely able to foster interdisciplinary work. It was here that I published my first (and I believe the first) economic model of global warming as an IIASA working paper in 1975.” 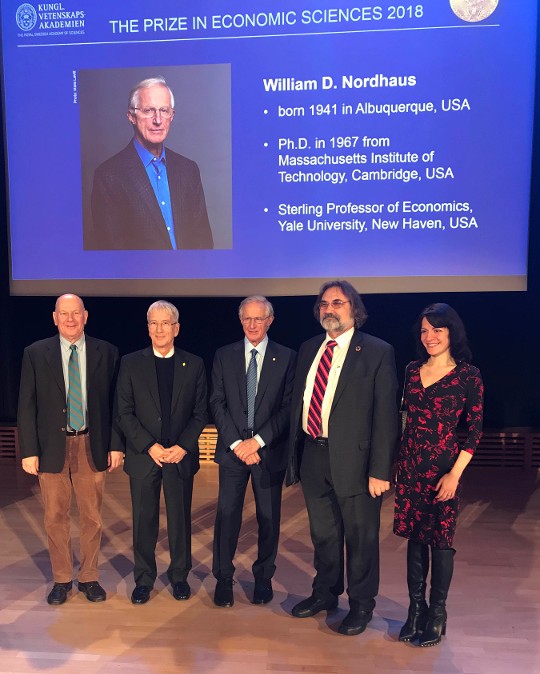 Nordhaus was a research scholar in the IIASA Energy Program from 1974-1975 and was a member of the US Committee for IIASA for numerous years. He has participated as a speaker at IIASA conferences and remains a close collaborator of IIASA Deputy Director General & Deputy CEO Nebojsa Nakicenovic and Acting Program Director of Transitions to New Technologies Arnulf Grubler. Their current work focuses on the economics of technologies to combat global warming.

William D. Nordhaus at the IIASA 40th Anniversary Conference in 2012.

IIASA alumni and the Nobel Prize