Impressions from the international conference in memory of Arkady Kryazhimskii

The Systems Analysis: Modeling and Control conference was held from the 03 - 08 October, in memory of Arkady Kryazhimskii. Below participants share their impressions from this memorable event. 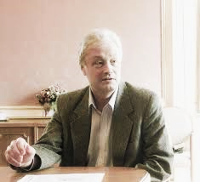 Arkady started working at IIASA in 1993 as the principal investigator in the then Dynamic Systems Program and went on to coordinate and lead this program until 2012. In this role, Arkady used his mathematical expertise in areas ranging from optimization methods to dynamic games in order to advance IIASA’s methodological approach.

Before retiring from his senior management position at IIASA, Arkady oversaw the transition of the Dynamic Systems Program into the Advanced Systems Analysis Program in 2011. Since then Arkady was able to devote all his optimistic energy at IIASA to his passion of mathematical research. Colleagues fondly recall seeing him helping fellow researchers to progress their research, to go beyond traditional thinking, and continue advancing the methods of systems analysis.

Below participants of the Systems Analysis: Modeling and Control conference share their impressions from the event that honors Arkady's memory.

"Since he had joined IIASA, Arkady had been tirelessly dedicating all his energy and outstanding intellectual power to bridging between mathematics and its applications to systems analysis. In his capacity of the program leader of the Dynamic Systems program (DYN) and later Advanced Systems Analysis program (ASA), he initiated and worked on research projects focusing on a very broad range of topics from economic growth models to networks of gas pipelines.

We invited his collaborators, colleagues, former students, friends and fellows from all over the world to this conference to commemorate Arkady's contribution to systems analysis and control theory. He was able to inspire many people around him from students to senior scientists from various fields. He was able to generate ideas crossing the borders of disciplines and countries. These inspirations and ideas remain alive, they are at the heart of the ASA program now, and, as much as we can, we are committed to develop them further."

"As a young scientist, I was truly impressed by the conference; it showed the great impact that Arkady’s genius mind had on science. His ideas are further development by an international community of scientists. And of course we all miss Arkady as a strong yet very kind mentor."

"It was extraordinary to witness the breadth and quality of the research inspired by Arkady Kryazhimskiy. This was a remarkable conference for a much admired and kind individual, full of interesting ideas.”

"I had known Arkady for a long time, back to the former Soviet Union. He was an outstanding mathematician, an absolutely wonderful human being, and a very good friend. I  mainly collaborated with him at IIASA in the 1990s for projects on dynamical systems and applications to water resources, though also visited IIASA for short periods later on. It was a great pleasure to work and collaborate with Arkady. He had always been deeply involved in collaboration, and his leadership was second to none.

This is the first conference dedicated to Arkady and his great achievements, in particular, those related to IIASA. More will definite come. The level of talks presented at the conference were very high, and the conference was organized excellently in all the respects. I would like to thank the local Organizing Committee and the leadership of the Institute of Mathematics and Mechanics in Yekaterinburg."

"It was interesting, productive and well organized conference. I enjoyed meeting new colleagues and friends."