2015 represents a watershed year, and arguably the last chance for a generation, for world leaders and national governments to agree and commit to take the necessary steps required for the sort of transformational changes needed globally towards a sustainable future. 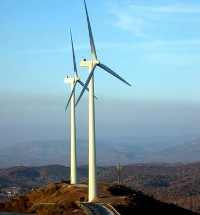 The Financing for Development Conference (FfD) will take place in Addis Ababa in July. The Sustainable Development Goals are to be adopted at the United Nations in September 2015 and the world’s governments are pledged to adopt a new climate agreement at the 21st Conference of the Parties of the UN Framework Convention on Climate Change in Paris, 2015. The role of global science to be an integral partner and substantive supporter of these objectives is critical.

On 1 June 2015 IIASA will host an International Symposium and Public Lecture entitled “Science-Policy in a Global Context”  focused on both identifying the needs of governments and institutions for scientific support in policy development, negotiations and implementation around these global challenges and how the scientific community can respond and support these initiatives.

This symposium will bring together leading international scientists, senior government science advisers, and government and UN representatives to discuss both the current practice and future challenges for providing effective scientific input and advice to policy and decision makers. The symposium will specifically discuss how the scientific community can become an integral and effective partner in the policy-making framework and in policy implementation and monitoring, by looking at both the needs of governments and policy-makers and what science can and should bring to the process, with specific reference to the major global challenges of sustainable development and climate action.

The symposium is being held jointly by IIASA and Future Earth a new global research platform providing the knowledge and support to accelerate our transformations to a sustainable world and The Science & Technology Alliance for Global Sustainability an informal international
partnership that is committed to making full use of science and technology to inform equitable, sustainable solutions to the most pressing issues currently confronting humankind.

Public lecture by Kandeh Yumkella (IIASA Distinguished Visiting Fellow, UN Under Secretary General, Special Representative of the UN Secretary General for Sustainable Energy for All and former Director General of UNIDO) to explore the issue of Science to Policy in a Global Context. The public lecture was followed by the awarding ceremony of the IIASA Distinguished Visiting Fellow to Kandeh Yumkella.

Public lecture by Vaughan Turekian (Director of the Center for Science Diplomacy, American Association for the Advancement of Science (AAAS) and Editor-in-Chief of “Science and Diplomacy”).

Following both the Symposium and Public Lecture IIASA will host the official opening and reception for the exhibition “Urge for Structure” by H.E. Hubert Würth (Ambassador for Luxembourg to Austria), the diplomat as an artist.