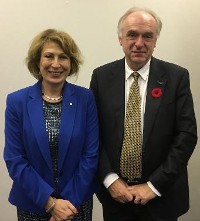 Established in 2009, the CSPC meets an important need for a non-partisan, inclusive, national dialogue on science, technology and innovation policy. The CSPC has become Canada’s most comprehensive, multi-sectorial and multi-disciplinary annual science policy forum and attracts numerous politicians and hundreds of professionals from industry, academia, the non-profit sector, federal and provincial governments every year.

During the event, Kabat participated in one of the panel sessions and attended a number of bilateral side meetings with key members of Canadian government and academia to discuss strengthening Canada-IIASA relations. The meetings included Mona Nemer, Chief Science Advisor of Canada and Anil Arora, Chief Statistician of Canada. 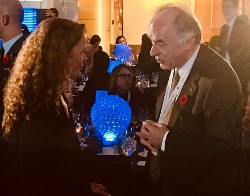 On Friday 3 November, Kabat particpated in the panel session "Internationalisation of Canadian Science."

In an age of uncertainty and rising populist and nationalist sentiments, science represents a positive and powerful driver of prosperity, security, development and progress. Many countries, including Canada's competitors,  have moved to put into place international science policies and programs which respond to the evolving operating environment. Canadian performance, however, has been mixed, and new directions and initiatives must be undertaken if Canada's place in the globalizing world of international science cooperation is to be ensured. 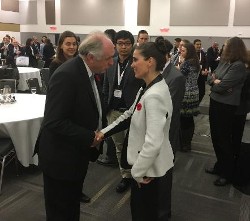 Canada retains substantial scientific capacity and potential, residing mainly in various levels of government, academia, research institutes, and specialized NGOs. Key players could expand their engagement in collaborative efforts to address the vexing range of "wicked", transnational, S&T-driven issues, ranging from climate change and pandemic disease to food and water insecurity, urbanization and declining biodiversity. Special opportunities exist for Canada to demonstrate leadership in the emerging field of science diplomacy, for instance in efforts to better manage the global commons and achieve the UN SDGs, but re-investment and new partnerships will be essential.

This panel reviewed the record to date, provided a comparative perspective, surveyed best practices and presented options and recommendations for future action. It was chaired by Jane Barratt, Secretary General of the International Federation on Ageing, other participants included Daryl Copeland, Senior Fellow at the Canadian Global Affairs Institute and Policy Fellow at the University of Montreal’s Centre for International Studies and Research (CERIUM) and Paul Dufour, Fellow and Adjunct Professor, Institute for Science, Society and Policy, University of Ottawa. 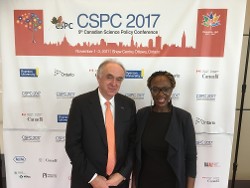 Also joining Kabat on the panel was Chibulu (Lulu) Luo. Lulu, who is a PhD Candidate from the University of Toronto. She investigates the linkages between sustainable infrastructure and urban planning in sub-Saharan African cities, including issues of urban resilience and adaptation to climate change. Her international and interdisciplinary research was enhanced through taking part in the IIASA Young Scientists Summer Program (YSSP) in 2016. Prior to this, Lulu has worked extensively in international development, including with the Earth Institute at Columbia University, the United Nations and the World Bank. 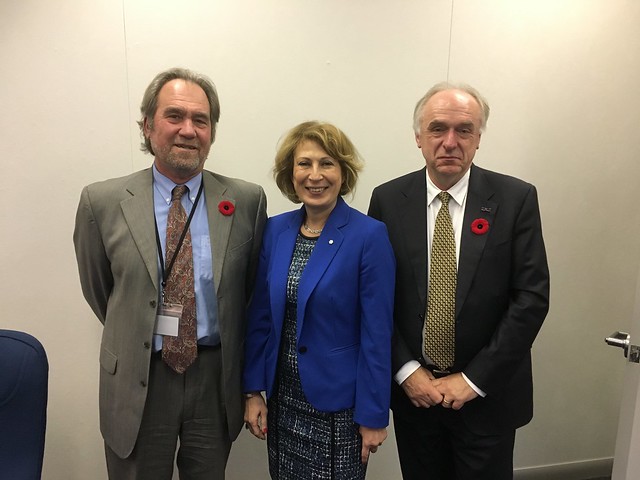 Canadian Participation in IIASA Research and Capacity Building Activities since 2008