IIASA Director General and CEO, Professor Dr. Pavel Kabat, will visit Jordan to participate in the World Science Forum 2017, which will take place in Amman on 7-11 November 2017. 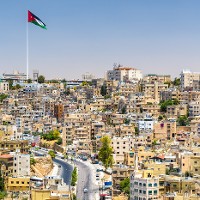 The World Science Forum 2017 will engage the world of science and redefine the global potential of scientific communities and policymakers to bring real change to our interlinked societies. Participants will explore, exchange and discuss over four days in a dramatic setting by the Dead Sea and in a variety of venues and sessions, with ample opportunities for engagement and debate.

Session themes will include: Energy and Water, Food, Climate Change, the Alleviation of Poverty and Inequality, Cultural Understanding Between Peoples and the Creation of Wealth and Opportunity Within All Societies. Speakers and panelists comprise of distinguished and carefully chosen thought leaders from around the world, drawn from science, academia, government, policy and industry.

Kabat will participate in the plenary session on science diplomacy and co-host a session on emerging scholars, to which IIASA is inviting three participants of the Young Scientists Summer Program from this year’s cohort.

Chin-Min Lee, Special Advisor to the IIASA Director General and Chief Executive Officer, will accompany Kabat during the event. They will attend a number of bilateral meetings,  including H.E. Princess Sumaya bint Hassan of Jordan. 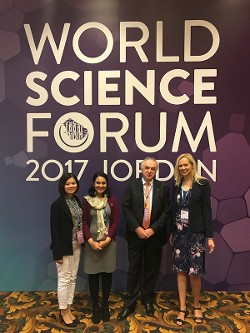 On Friday 10 November, Kabat will cohost the special session “Emerging Scholars: Establishing the Cycle of Innovation” from 11:30 to 13:30. This session was organized by the head of the IIASA Directorate Office Jan Marco Mueller along with colleagues from the University of California, Berkeley Global Science Institute (BGSI).

The ability to provide global mentorship provides hope for the future of science. Scholars involved on either end of this relationship will be able to share and foster core values such as respect for the value of knowledge and acceptance of working with different cultures. On a practical level, the ability to extend mentoring relationships to a global stage may counteract problems like human capital flight – sometimes referred to as “brain drain”. The shift in viewpoint from a local community of researchers to a global one will infuse all areas of science with new ideas and skillsets, increase learning opportunities for scientists at large, and tackle informational and technological challenges that are associated with local problems before they become global. The vision of a global science network fueled by mentoring is ambitious, but is proving achievable.

This special session will highlight global science activities; introduce research and scientific outreach programs, present capacity building case studies, and detail accomplishments achieved by emerging scholars who have plugged into a quickly developing global science network of researchers. The context will then be set to demonstrate how providing global mentorship leads to opportunities in scientific research, which benefits emerging scholars, countries, and even regions as a whole. 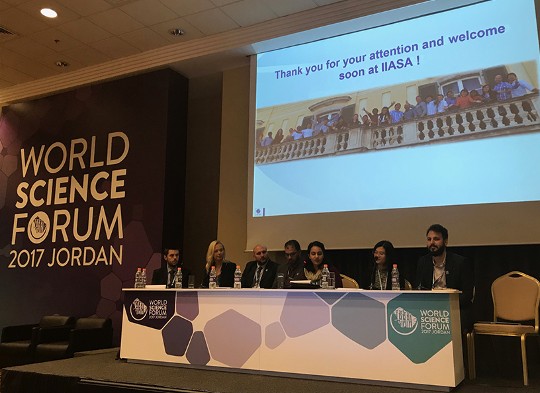 On Friday 10 November, Kabat will speak at the final plenary session “Science Diplomacy to Strengthen Governance and Build Enduring Relationships” which will take place from 14:30 to 16:00.

While international science cooperation has long served the interests of science, there is increasing interest and focus on the role of science to promote diplomatic interests. These may serve a country’s own direct interests, which will depend on a country’s size, geopolitics and state of development – for example, in projecting a country’s reputation and influence, for promoting trade, for attracting scientific expertise and know how, and for technology access. Science diplomacy may also be necessary to promote common cross-border interests in areas such as environmental or resource management or in disaster or crisis management. Science diplomacy’s essential role in vital global agendas, as reflected in the Sustainable Development Goals, or in the management of the ungoverned spaces of the planet (such as the Polar Regions, deep oceans and space) further emphasizes how central science diplomacy is to the theme of Science for Peace. This session will explore these different dimensions of science diplomacy and help to establish a framework for fulfilling the goals set by earlier plenary sessions. 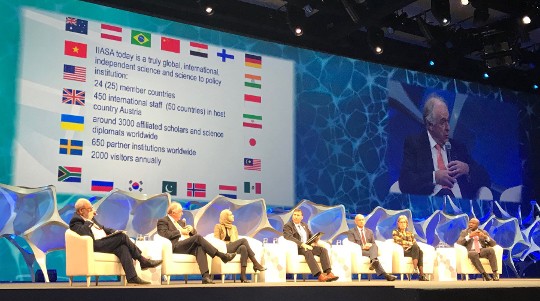 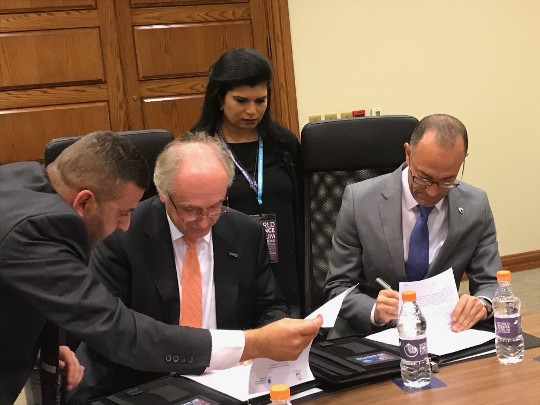 The role of risk perception in decision-making processes