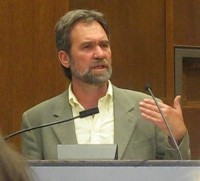 Professor Copeland currently has a external contract as Senior Advisor for Science Diplomacy at IIASA, and supports the development of strengthening ties between IIASA and Canada. He has visited IIASA on several occasions, including the first meeting of Science and Technology Advisors in foreign ministries which was held at IIASA in October 2016.

In recent years the relationship between science, technology and diplomacy has attracted increasing attention in foreign ministries, international organizations and universities around the world. In that regard, the field is widely assumed to be something new and promising. Yet the broader implications arising from this newfound interest remain mostly ambiguous, science diplomacy remains itself something of an ill-defined, even esoteric undertaking little known outside of specialized circles, and in mainstream diplomatic practice evidence of a renaissance is scarce.

To better understand these challenges, and to help chart the way forward, the following key issues might usefully be examined:

Former Canadian diplomat Daryl Copeland is an educator, analyst and consultant; a research fellow at the Canadian Global Affairs Institute, a policy fellow at the University of Montreal’s Centre for International Studies (CERIUM). He has recently concluded terms as Visiting Professor at the Diplomatic Academy of Vienna and the Academy of Diplomacy and International Governance (UK). He is the author of Guerrilla Diplomacy: Rethinking International Relations, 12 scholarly book chapters, and some 175 articles in the popular and academic press. Follow him on Twitter @GuerrillaDiplo.

Further information on Daryl Copeland and his thinking on diplomacy, development and security in the age of globalization is available at: www.guerrilladiplomacy.com.