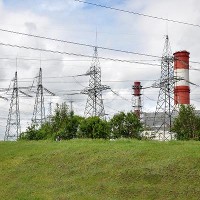 Energy markets appear hard to predict. The failure of forecasters to foresee recent shifts in the price of oil seems to prove this once again. The Iran nuclear deal is expected to transform relations between energy suppliers and consumers further, as a new player re-enters the global energy market. Is the energy sector really becoming more volatile and unpredictable, or has international cooperation failed to deliver stability? What does this mean for the future of the Russia- EU Energy Dialogue? And how can Russia’s new energy strategy respond to a changing global market? The three-day conference aimed to address these and other pressing challenges.

Particular attention during the conference was devoted to the actual role and place of energy scenarios to ensure strategic planning in corporations, government bodies, and regional economic integration organizations. Kabat gave a presentation on the scenarios, forecasts and statistics for the global and regional energy development.

During his time in Russia Kabat met with, among others, Alexander Novak, Minister of Energy for the Russian Federation, Tatyana Valovaya, Member of the Board (Minister) of the Main Areas of Integration and Macroeconomics of the Eurasian Economic Commission (EEC), and Aleksander A. Dynkin, Director of the Institute of World Economy and International Relations (IMEMO), a leading independent research institute acting within the charter of the Russian Academy of Sciences (IIASA's NMO representing Russia). 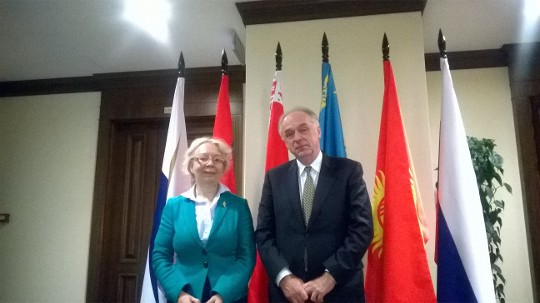 Tatyana Valovaya, Member of the Board (Minister) of the Main Areas of Integration and Macroeconomics of the Eurasian Economic Commission (EEC) and Professor Dr. Pavel Kabat, IIASA Director General and Chief Executive Officer

Russia was a founding member of IIASA when it was established in 1972. Over recent years IIASA has intensified its collaborations with Russia leading to new joint research projects, increased interactions with Russian policy makers, significant scientific exchange through people, and a highly productive publication record. New projects include exploring the challenges and opportunities of Eurasian economic integration.

INFOSHEET ON IIASA ACTIVITIES WITH RUSSIA