The international research project “Challenges and Opportunities of Economic Integration within a Wider European and Eurasian Space” focuses on plausible futures of economic cooperation in the Greater Eurasian space and interplay between different integration processes in the region. A particular specific aim of the project is to discuss, analyze, and critically evaluate diverse issues related to economic cooperation between countries and blocks within the Eurasian continent covering the European Union, the Eurasian Economic Union, Eastern Partnership, Central Asia, and their neighbors. 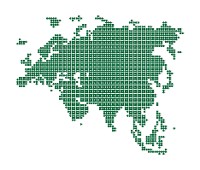 Since the project start, IIASA has been a unique platform where high-level officials and experts from the European Commission (EC), the Eurasian Economic Commission (EEC),  the EU and EAEU member states, as well as other European and Asian countries, could meet and discuss challenges and opportunities of (re-) establishing closer economic relations and an eventual creation of a “common economic space from Lisbon to Vladivostok”, with potential of transforming in even broader platform – “from Lisbon to Shanghai”.

Due to the tensioned EU-Russia political and hence economic relations, caused by the crisis around Ukraine, the interactions of the officials and experts have practically stopped since 2014. IIASA has been the only platform, where a constructive dialogue continued at a representative level and the highest scientific rigor.

In 2014-2018, a series of eight workshops, three conferences and a youth forum were organized as a part of this project. These events enabled regular interactions of total more than 300 recognized researchers, high-level policy makers and business representatives across the globe, who are now part of IIASA’s unique network.

This project provides inputs to various high-level political forums, including OSCE and their annual Ministerial Councils.

Connectivity in the Digital Age. Digital Futures of Trade and Economic Cooperation in Eurasia

State of the World and Global Peace Forum 2019