Connectivity in the Digital Age. Digital Futures of Trade and Economic Cooperation in Eurasia

IIASA continues a series of thematic workshops in the framework of the research project “Challenges and Opportunities of Economic Integration within a Wider European and Eurasian Space”, which aims to discuss, analyze, and critically evaluate diverse issues related to economic cooperation between countries and blocks within the Eurasian continent, covering the European Union, the Eurasian Economic Union, Eastern Partnership, Central Asia, and their neighbors. 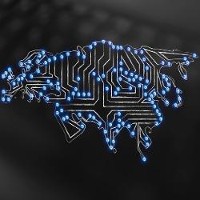 On 2-3 December 2019 IIASA organizes a Workshop on "Connectivity in the Digital Age. Digital Futures of Trade and Economic Cooperation in Eurasia". This meeting will bring together experts, policymakers and business representatives to discuss how to promote connectivity, strengthen economic ties and create new business opportunities through new technologies and digitalization.

Specifically, this meeting aims, inter alia, to overview available estimates of the effects of digital technologies on cross-border trade; to explore opportunities and challenges of the introduction of digital technologies in cross-border trade; to overview the digitalization dimensions of various trade agreements (e.g. USMCA, CPTPP, A-HKFTA, SLSFTA, KORUS FTA, EUJEPA, EUSFTA) and consider their applicability for the countries and blocks of the Eurasian region; to discuss the regulation of digital economy in international legal instruments; to consider various aspects of governance of digital technologies in the cross-border trade (especially in the aspect of big data governance); to review examples of successful digital cooperation in the region; to evaluate broad impacts of digitalization of trade on the society (especially due to reshoring and nearshoring); and to develop recommendations for deepening digital cooperation in the region.

Digitalization begins to transform the global and national economies. It significantly increases production efficiency and drivers economic growth. Digitalization changes how we answer major economic questions: what, how and for whom to produce. According to expert estimates, digitalization in a broad sense already creates up to 20%-25% of the global GDP. Platform economy alone constitutes 4% of the global GDP.
In response to accelerated development and introduction of new digital technologies including blockchain, 3D printing, virtual reality, artificial intelligence, and Internet of Things, countries adopt digitalization strategies to frame national priorities involving digital transformation. Governments attempt to create conditions enabling economic agents to take bigger advantage of digitalization and thereby enhance global competitiveness. One important area in this context is international trade and investment.

Countries and blocks of the Eurasian region have high potential to enhance digital connectivity. For example, as a part of the rapidly developing Digital Silk Road project, China has signed memoranda of understanding with 16 countries, including the United Arab Emirates, Azerbaijan, Myanmar, on the joint construction of the Digital Silk Road, and has launched the Belt and Road Digital Economy International Cooperation Initiative with Egypt, Laos, Saudi Arabia, Serbia, Thailand, Turkey, and the United Arab Emirates. It aims to transform the way countries trade with the world and will offer several competitive advantages and benefits to companies, including lower trade costs, faster delivery of goods, seamless trade processes and enhanced security and transparency. In addition, 12 more countries have announced their plans to join this project. Furthermore, China has established a Digital Free Trade Zone with Malaysia and signed an online trade agreement with Austria to strengthen cooperation and exchange of experience between the e-commerce platforms of both countries. The Digital Single Market strategy of the EU aims to open up digital opportunities for people and businesses and enhance Europe’s position as a world leader in the digital economy. Other interesting initiatives include, inter alia, Estonia’s first-in-the-world data embassy; Belarus’s concept of a digital neighborhood belt and legalization of initial coin offerings (ICOs), cryptocurrencies and smart contracts, and the Eurasian Economic Union’s Eurasian Digital Cooperation Platform involving more than 6,000 enterprises. While all these initiatives are naturally still in early development and implementation stage, it is important to analyze the first lessons on what can contribute to a winning strategy and where the risks are.

Digital technologies recognize no borders. The experience of mass automation of organizations that took place in the 1990-2000 showed that the lack of coordination and cooperation can lead to "patchwork" and corresponding communication efficiency losses. To avoid similar problems in future, using common approaches to digitalization will help accelerate the movement towards the creation of a barrier-free digital market in the Eurasian region with regard to such issues as data protection and payment security, consumer rights, geographical restrictions, redress and others, which may become an important factor for countries and blocks’ global competitiveness in the digital era.

The meeting is a part of the IIASA project on "Challenges and Opportunities of Economic Integration within a Wider European and Eurasian Space", which has been providing an independent international platform for discussing and analyzing different aspects of economic integration in the region and plausible futures since 2013. To date, this project has enabled a dialogue of more than 300 recognized researchers, high-level policymakers and business representatives across the globe and has resulted in a number of reports.

PHOTOS OF THE WORKSHOP 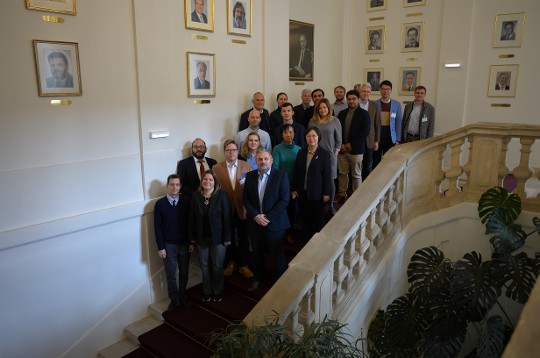 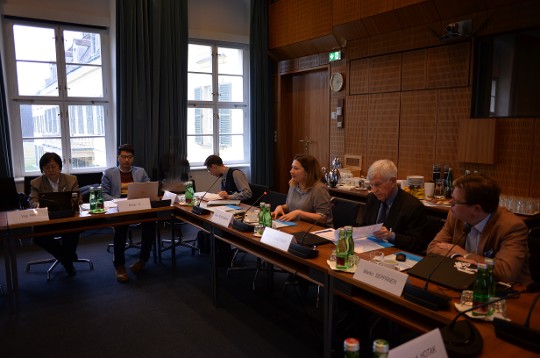 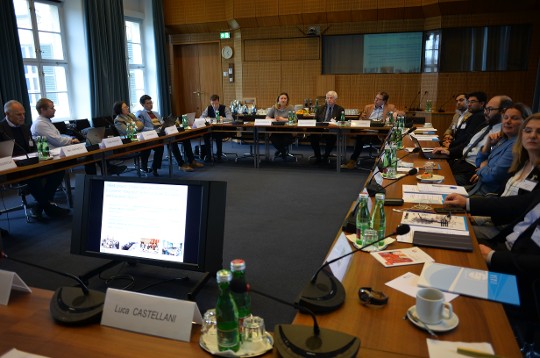 Welcome and introduction by Elena Rovenskaya 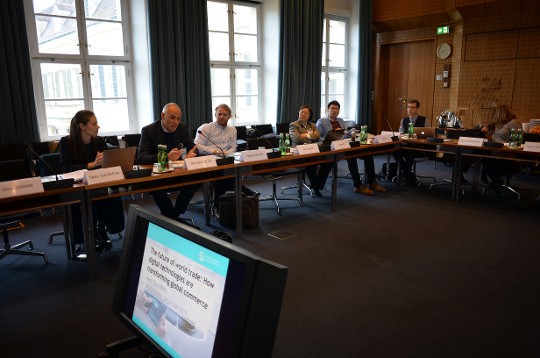