Severe drought due to climate change: Where and when?

New research from the International Institute for Applied Systems Analysis (IIASA) shows that some regions may see unprecedented levels of drought before 2050—drawing increasing urgency to calls for adaptation and updated water management policy. 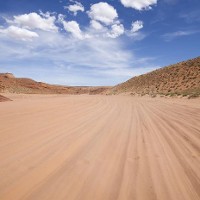 Many regions of the world, including the Mediterranean and the western United States, may see unprecedented drought due to climate change before the year 2050. These findings were presented this week at the European Geosciences Union General Assembly in Vienna, Austria.

Many regions of the world are expected to see drought severity and frequency increase beyond historical levels because of climate change. In the new study, IIASA researcher Yusuke Satoh projected for 26 world regions the point at which drought severity would become unprecedented in the historical record—a new measure proposed in this study as Timing of Perception Change for Drought (TPCD).

“Our study shows an increasing urgency for water management systems to adapt to future drought,” says Satoh, a researcher in IIASA’s Water program. “In order for policymakers to plan for adaptation, they need to know when and where this is likely to happen, and have an understanding of the levels of uncertainty in such projections.”

Climate scenarios
The new study combines five different global climate models and examines two different scenarios for future climate change, from the Representative Concentration Pathways (RCPs)[, which were developed for the most recent report of the Intergovernmental Panel on Climate Change (IPCC).

It shows that for RCP8.5, which represents the highest levels of greenhouse gas emissions and resulting climate change, 13 of 26 global regions would see unprecedented hydrological drought levels by 2050. In that scenario, the western United States could see historical drought levels as early as 2017, while the Mediterranean region would see unprecedented drought by 2027.

Accounting for the unknown
Uncertainty is another key feature of climate change and water resource modeling, and the new study addressed this in two ways: First, by using multiple climate models, Satoh and colleagues were able to compare the results between different climate models. They found, for example, that uncertainty was very high in the Sahara, sub-Saharan Africa and South Australia regions, and lower in southern South America regions and  the Central U.S.A.

Being aware of the level of uncertainty can help policymakers and water resource managers prepare for greater variations in future water availability, says Satoh. He explains, “Reservoirs and other irrigation infrastructure are all built based on historical data or experience about hydrological conditions. But in the next few decades, these historical data may no longer give us accurate information about current conditions.”

Solutions and adaptation
The new study focused on hydrological drought, which refers to the amount of water in streams, lakes, and rivers. Because water levels are influenced both by precipitation as well as water management and use, the study also shows that sensible adaptation measures, such as seasonal discharge control by reservoirs, could have a major impact on the rate of increase of projected drought.

“The earlier we take this seriously, the better we will be able to adapt,” says Satoh

Satoh is a member of the IIASA Water Futures and Solutions Initiative, which is working to develop practical adaptation guides for water resources at global and regional scales.