It is with great sadness and respect that IIASA marks the death of Professor Howard Raiffa on the 8th of July. As the first director of IIASA, and instrumental in its creation, Professor Raiffa’s passing is a profound loss to the institute, as well as for the entire field of decision analysis. 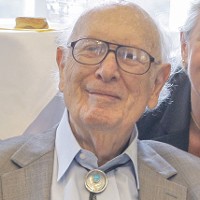 As a pioneering Bayesian decision theorist, Raiffa made advances in statistical decision theory, game theory, behavioral decision theory, risk analysis, and negotiation analysis. His dedication to furthering theory and methodology, however, was matched by his fervent desire to see it applied to help solve problems in the real world, especially for vulnerable and struggling populations.

This desire manifested itself in an unparalleled dedication to IIASA, an institute which was itself founded on the principles of using international research to solve real-world problems. Raiffa was involved in the negotiations for the creation of IIASA from the earliest stages, providing vision and drive.

These international talks, which took place against a backdrop of the Cold War, the Vietnam War, and the Czechoslovakian revolution, represent an outstanding feat of science diplomacy. A host of issues had to be carefully navigated, from the seemingly trivial—such as the name of the institute—to the highly complex—such as the Soviet Union pushing for the German Democratic Republic to be included at a time when the USA did not even recognize it as a state.

“It was a remarkable time,” said Raiffa, speaking in 1992. But the hard work did pay off: “By 1975 we had a sparkling array of talent working on problems of energy, ecology, water resources, and methodology.”

Long after his term as director, Raiffa maintained a keen interest in the institute and in the systems analysis he had helped to define, always striving for improvement. Indeed, he returned to IIASA in 2012 to attend institute's 40th Anniversary Conference and in his opening address to the IIASA Systems Analysis 2015 conference—which was dedicated to him—he talked of the need to better integrate methodology and real-world decision making, saying wistfully: “I wish I were 20 years younger so I could be with you to work on this important task.”

The current Director General and CEO of IIASA, Professor Dr. Pavel Kabat, expressed his sorrow at the news, saying: “It is not an overstatement to say that if it wasn’t for Howard, IIASA would not exist. And he was not only a great scientist and a brilliant mathematical mind, but a kind and gentle man. A teacher, mentor and a real friend; he was admired and loved by many.”

Deputy Director General Nebojsa Nakicenovic adds: “I first met Howard in 1973, and despite the fact that I was an anxious and inexperienced young scientist he took time to speak with me and I left the meeting feeling buoyant and confident. For over four decades now, Howard has been a role model to me, although as much as I have strived, I know I never reached his standard.”

IIASA, its staff, and the entire decision-analysis community owe Raiffa an enormous debt of thanks. He will be sorely missed. 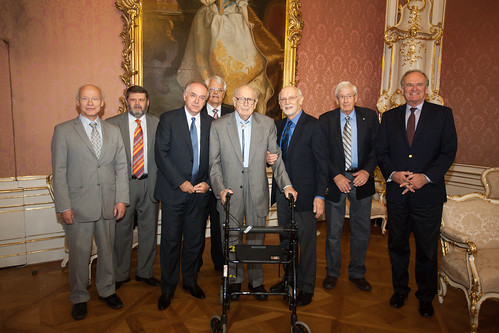 Please write you messages in the space below to share your messages of support or memories of Raiffa.

The founding of the Institute

Edited transcript on how it all began