A simple test of grip strength could provide a quick and inexpensive screening tool for health practitioners, according to a new study from IIASA population researchers. 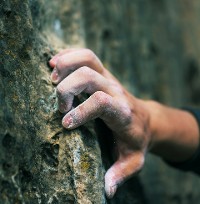 Handgrip could be used for early detection of health problems that may lead to premature death, according to a new study published in the journal PLOS ONE, by IIASA researcher Nadia Steiber. The study provides a comprehensive set of reference values that can be used in medical practice.

“When individuals’ handgrip falls below the reference value for their age group, sex, and body height this can be taken as an indicator for practitioners that further health checks may be warranted,” says Steiber. “The measurement of handgrip strength in clinical practice is a simple but efficient screening tool for health vulnerability. It comes at a very low cost.” 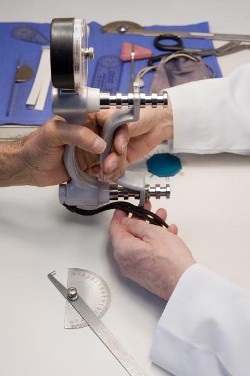 The study builds on research conducted as part of the Reassessing Aging from a Population Perspective (Re-Aging) project, which showed that handgrip strength could be used as an alternative measure for age, since it corresponds with other markers of age such as future mortality, disability, cognitive decline, and ability to recover from hospital stays.

The new study provides a comprehensive set of reference values for the measurement of handgrip strength that could be used in clinical practice. The study was based on data from the German Institute for Economic Research including over 25,000 measurements of over 11,000 people. It is the first study to provide such reference values for women and men across the life course (ages 17 to 90) and for different body heights.