Could birdwatching or monitoring tree blossoms in your community make a difference in global environmental research? A new study says yes: citizen scientists have a vital role to play. 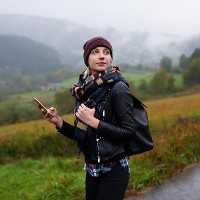 Citizen scientists are already providing large amounts of data for monitoring biodiversity, but they could do much more, according to a new study published in the journal Biological Conservation, which suggests that citizen science has the potential to contribute much more to regional and global assessments of biodiversity. Citizen scientists are regular people who provide data or input to science, for example by monitoring species in their community or examining satellite imagery for evidence of deforestation or land use change.

“Citizen scientists are already contributing enormously to environmental science,” says IIASA researcher Linda See. “For example, a huge amount of species occurrence data is provided by members of the interested public. The question we addressed was, where are citizens contributing and where are they not, and how can we draw on this phenomenon to help fill the gaps in science?”

The new article looks at international conventions on biodiversity and endangered species, and the indicators that are needed to track biodiversity on a global scale, known as Essential Biodiversity Variables (EBVs). It examines the areas where citizen scientists already contribute, those where they do not, and what areas could benefit from expansion of citizen science efforts.

“Biodiversity is essential to our well-being on planet Earth, providing core ecosystem services such as pollination, pest control, and buffering of extreme events. With many continuing pressures on land, biodiversity is constantly threatened so there is a need to better monitor this valuable resource globally. But there are many big data gaps in biodiversity, often in those places where the need is greatest. Citizen scientists can help to fill some of these gaps, both geographically and taxonomically,” says Mark Chandler, Director of Research Initiatives at the Earthwatch Institute, who led the study.

The study represents the most comprehensive survey to date of citizen science, including community-based monitoring. It finds that citizen scientists are one of the main sources of data on species occurrence, in particular for birds and especially in North America and Europe. The researchers argue that such programs could be strategically expanded in order to provide more data on other indicators and from countries outside North America and Europe.

The researchers also found that while a lot of citizen-generated data already exists, less than 10% finds its way into global biodiversity monitoring. This bottleneck comes from a lack of resources, issues of interoperability, and a need for data repositories. Although the Global Biodiversity Information Facility has been a great success for curating global species occurrence data, this represents only 1 out of 22 EBVs. The researchers say that it is important to establish similar repositories for other EBVs.

One positive finding is that citizen science complements other forms of monitoring such as remote sensing. Efforts are now underway to look at combining efforts to get a more complete assessment of what is happening to biodiversity.

Learn more about how you can get involved with environmental research at the institute, through interactive games and apps on your phone and computer.