The Basel III regulatory framework, as planned, will not reduce systemic risk in the financial sector, according to new research. Instead, regulations should aim to increase the resilience of financial networks. 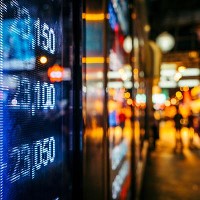 Current regulations aimed at reducing risk of crisis in the financial sector will not effectively reduce that risk, according to new IIASA research published in the journal Economic Dynamics and Control. Introducing regulations that aim to increase the system network resilience would be more effective, the study shows.

The Basel III framework is a new set of international banking regulations that were proposed after the financial crisis in 2007-08, with the goal of reducing the risk of a future banking crises.  The regulations, which are currently under intense discussion, would set higher requirements for bank capital and liquidity reserves and introduce capital surcharges for systemically important banks—those that are “too big to fail.” The aim of the Basel III regulations is to reduce the risk of system-wide shocks in the financial sector. However, the study shows that the capital surcharges would have to be much higher that currently set in order to be effective, and that would lead to a severe loss of efficiency in the financial system.

“The recent financial crisis clearly indicates that a resilient banking sector in terms of underlying financial networks is a necessary condition for achieving sustained economic growth. It is therefore essential that Basel III, the upcoming international regulatory framework for banks, really address the problem of systemic risk in the financial system,” says IIASA researcher Sebastian Poledna, who led the study.

The research is based on a state-of-the-art agent-based model of a financial system and the real economy. In particular, the study focused on banks that are “too big to fail,” known as globally systemically important banks (G-SIBs).

Using the model, the researchers ran a series of experiments simulating different types of regulations and their impacts on the financial system risk and resilience.

Replacing the currently proposed Basel III regulations with different regulations that aim to restructure financial networks would be much more effective in increasing resilience while avoiding the loss of efficiency in markets, according to the study. Such methods could include smart transaction taxes based on the level of systemic risk, which the researchers proposed in a recent study, in order to reshape the topology of financial networks.

"The new regulation scheme Basel III claims to explicitly address systemic risk. We were surprised to find how little it really does so under realistic scenarios. The study highlights how important data-driven agent-based modeling has become as a tool to help us identify unintended consequences of regulations and propose more effective solutions,” says IIASA researcher Stefan Thurner, who co-authored the study.

“The international banking system is complex and intricately connected,” explains Poledna. “In order to make intelligent regulations, it’s important to analyze how regulations will affect financial networks from a systemic perspective.”