FotoQuest GO—a citizen science campaign aimed at collecting observations of land use and land cover across Austria—launches this week. Researchers hope it will bring a leap forward in community-based land-use change monitoring. 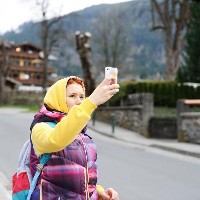 Today IIASA researchers launched their latest citizen science campaign, Fotoquest GO. The aim of the campaign, which will run for around three months, is to collect an updated comprehensive data set of land use and land cover in Austria. Participants are asked to go to specific locations and take photographs using the FotoQuest GO app (available for Android and iPhone), also identifying the land cover, such as crops, grass, forest, pavement, or buildings. And new this year, FotoQuest GO will pay participants for each new data point contributed.

These data are important because every day, in Austria, about 150,000 square meters of soil are turned into business, living, recreation or traffic areas, causing a near complete loss of the ecological functions of soil.

"Soil sealing can increase the risk of flooding, water scarcity, infertile agricultural land and heat waves in cities, which contributes to global warming,” explains IIASA researcher Steffen Fritz, who leads the project and IIASA citizen science activities. “In order to track the effect of these changes in our land and help maintain Austria’s versatile nature for future generations, we developed FotoQuest Go, where citizens can help us collect valuable data on land use change in Austria."

FotoQuest GO aims to complement data gathered through the EU Land Use and Coverage Area frame Survey (LUCAS). These data are expensive to gather, and because the survey only takes place every three years, much can change in between surveys. The FotoQuest locations match official survey points used by LUCAS, so that the data can be compared directly with LUCAS data in order to assess the quality of the contributions made by citizens.

The effects of climate change can already be seen in Austria, where IIASA is located, and around the world. This summer was one of the hottest in Austrian history, which is in-line with a long-term trend. The 11 hottest summers in a 251-year weather record all occurred after the year 2000. This year heatwaves started earlier than on average and they lasted longer than on average. Austria saw also flooding, landslide, and heavy precipitation events.

“Climate change is already there and we have to take strong action to prevent catastrophic consequences in the future. As citizen scientists, we all can help to gain better data on land use and land cover in order to cope with the challenges right ahead of us”, says Johannes Wahlmüller, climate and energy expert with GLOBAL 2000, a partner in the project. 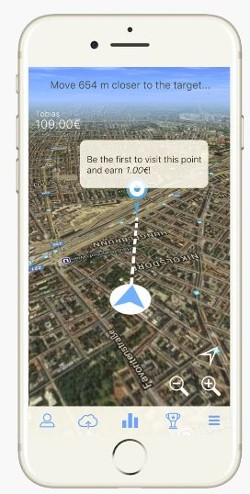 An experiment in citizen science
FotoQuest GO is a follow-up to the 2015 FotoQuest Austria campaign, which collected 12,000 pictures at 2,000 locations across the country. Results of the campaign were published in the journal Remote Sensing, and showed that the campaign—like other citizen science efforts—has the potential to improve data collection and/or lower the cost of surveys like LUCAS.

The 2015 FotoQuest campaign showed that citizen scientists were spotty at identifying some types of land cover, but very successful at identifying artificial surfaces such as built-up areas and roads. It also revealed a major challenge of motivation to reach all data points: While the LUCAS survey includes approximately 9,000 points, the 2015 FotoQuest Austria campaign only reached 2,000 of these locations, and most of the more remote ones were missed.

With the new campaign, IIASA researchers hope to improve upon the 2015 results and increase motivation for the hobby scientists involved. The new campaign includes an innovative incentive system for data contributed, paying participants one euro for each quest successfully completed at the point. FotoQuest GO also aims to further test the reliability of crowdsourced data by comparing it to the authoritative LUCAS data, and highlighting the added value of crowdsourcing approaches.

“Once participants upload the results from their quest, they will receive a notification saying that the data will be checked for quality, and if it passes the test, the player will earn 1 EUR and the location will be removed from the map,” explains IIASA researcher Tobias Sturn, who developed the app.

Partners in FotoQuest GO are the International Institute for Applied Systems Analysis (IIASA), GLOBAL 2000, and the Environment Agency Austria (Umweltbundesamt). This project was funded by the European Research Council (ERC) Consolidator Grant 617754: CrowdLand (Harnessing the power of crowdsourcing to improve land cover and land use information)

Love the outdoors and care about the environment?

Join our citizen science community with the FotoQuest Go app. Help scientists track the changes in Austria's beautiful, versatile landscape and earn 1 EUR for each quest you complete!