A shock pushes economies out of a state of equilibrium. Modern macroeconomics are still based on the assumption of equilibria. That makes them fail when dealing with economies in times of crises. IIASA researchers and their colleagues from research partner Complexity Science Hub Vienna (CSH) are proposing a new method borrowed from physics that makes the effects of major events on out-of-equilibrium economies computable for the first time. 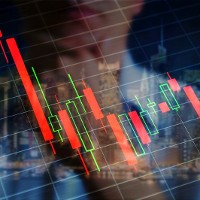 The theory derived from classical physics allows scientists to predict how economies worldwide respond to major disturbances such as the 2008 Great Recession or Trump tariffs, and it adds to current economic models in several ways. This research has been published in the current issue of Nature Communications.

“First, we can determine the resilience of an economy,” says IIASA alumnus and CSH resident scientist Peter Klimek who is the first author of the paper. Each country has different industries, and depends on various imports and exports. “We see all these interdependencies in newly available data sets. From these data we can calculate how susceptible a country and its different production sectors are to disturbances.”

The scientists see, for instance, which parts of an economy are particularly vulnerable to a shock, such as a trade war.

“We can further quantify how much a shock in one corner of the world affects the production of a given sector far across the globe,” says co-author Stefan Thurner, Senior Research Scholar, IIASA Advanced Systems Analysis Program. Modeling responses to shocks helps answer questions like why it took economies so long to recover from the 2008 recession. “A shock does not evaporate,” explains Peter Klimek. Just like a rock that is thrown into a still pond, a shock produces waves. “The shock waves will run through the whole system, following each of its interdependent connections.” The researchers found that it typically takes six to ten years before all sectors of an economy have fully digested a shock.

Another line of progress resulting from the new method is that testable predictions can be made. The authors took the input-output data of 56 industrial sectors in 43 OECD countries from the years 2000 to 2014. With this large dataset they tested the accuracy of different economic projections that were dealing with the aftermaths of 2008. “Our method clearly outperformed all standard econometric forecasting methods—most of them substantially,” the authors state.

They also estimated the effects of Donald Trump’s new tariffs on EU steel and aluminum, imposed in June 2018. The model finds winners and losers. In Germany, for instance, the output of the automotive industry increases, as do legal activities or wholesale trade. On the other hand, electricity production, warehousing or land transport show a decline.

“Interestingly, the production output in most of the EU countries rises so much that it can partly compensate the losses due to the tariffs,” says Thurner. As soon as statistics for 2018 and 2019 are available, the team will test its prediction with real-world data. “Our vision is to eventually be able to calculate global effects of all kinds of shock scenarios that can happen anywhere,” the complexity scientist adds.

A concept from physics

The concept for the new model is inspired by classical physics: Linear response theory (LRT) explains, for example, how electric or magnetic substances react to strong electrical or magnetic fields. This is known as susceptibility. It can be measured with special devices, but also be mathematically derived from properties of the material. “We show that LRT applies just as well to input-output economics,” says Peter Klimek. “Instead of material properties, we use economic networks; instead of electrical resistance, we determine the susceptibility of economies, their response to shocks.”

To make it intuitively understandable how economies work, the scientists employ an interactive visualization tool. It will be constantly fed with new data until the final version should represent the whole world economy.

The tool visualizes the various dependencies of countries and production sectors. “Users can change all kinds of parameters and immediately see the effects across countries and sectors,” says Stefan Thurner. A preliminary version, showing Trump tariff effects on Europe, can be seen at https://csh.ac.at/ecores/ 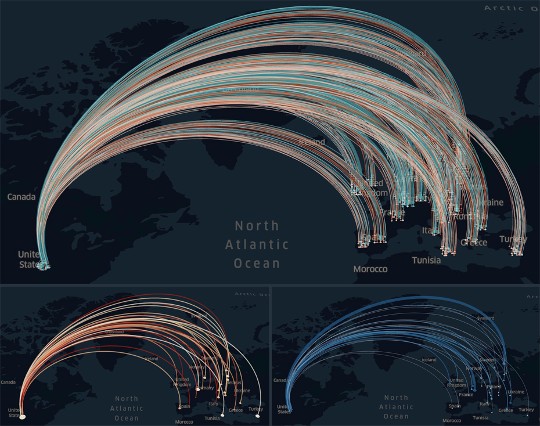 Effects of Trump tariffs on steel and aluminum in the EU28:

Each arc shows the impact of Trump tariffs on one economic sector in Europe. The blue lines show countries and sectors that gain output from the shock; red lines indicate a decreased output. The darker the lines, the bigger the effects are.

Bottom left: The electricity sector shows a decrease in output consistently through all countries due to less energy being required in the EU steel and aluminum manufacturing sector.

Bottom right: The manufacturers of automotive vehicles profit from the tariffs. The reduced demand for European steel and aluminum in the US increases the supply of these metals in Europe. This leads to positive effects for sectors that require them.