Carbon capture technology could be vital for climate targets

The future availability of carbon capture and storage (CCS) will be pivotal in reaching ambitious climate targets, according to a new comprehensive study of future energy technologies from IIASA, the Potsdam Institute for Climate Change, the Stanford Energy Modeling Forum, and researchers worldwide. 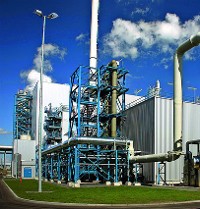 The study, published in a special issue of the journal Climatic Change, provides an overview of the results of EMF27, a major research project combining 18 different global energy-economy models from research teams around the world. It examines the role of technology in future climate mitigation, asking which technologies will be needed and when in order to reach different climate targets.

In 2010, coal, oil, and gas supplied more than 80% of the world’s total primary energy supply—and the demand for energy is projected to increase by 2 to 3 times by 2100. The EMF27 study shows that without policies to cut greenhouse gas emissions, fossil fuels will remain the major energy source in 2100, with resulting increases in greenhouse gas emissions. But where should policymakers focus their carbon mitigation efforts? Which technologies hold the most promise?

“Some technologies are more valuable than others, particularly CCS and bioenergy compared to wind, solar, and nuclear energy, because the combination of the two can lead to negative emissions,” says IIASA researcher Volker Krey, lead author of the study published last week.  “That would allow us to compensate for short term delays in mitigation by later taking carbon out of the atmosphere.”

CCS is a yet-unproven technology that would remove carbon from fossil fuel or bioenergy combustion and store it underground. In combination with bioenergy, this results in carbon dioxide removal from the atmosphere (owing to the previous carbon uptake of plants through photosynthesis) and is frequently referred to as “negative emissions”. The big questions are whether and when it will become available, and how quickly it could be deployed.

The future availability of bioenergy and CCS technologies would also take some pressure off other sectors, in terms of required mitigation effort, says Krey. “Unless stringent mitigation action in transport and other end-use sectors is implemented almost immediately, the only way to still achieve the 2 degree target will be to rely on carbon dioxide removal technologies such as bioenergy with CCS.”

Bioenergy is an especially valuable energy resource because, unlike solar, wind, and hydro power, it can be converted into liquid and gaseous fuels which are easily storable and can be readily used by current transportation systems, while the other renewable technologies would require electric or hydrogen vehicles and infrastructure in order to power transportation.

Additional findings from the EMF-27 project

The EMF27 project is a global model comparison exercise that includes a worldwide consortium of research institutes and is led by the Stanford Energy Modeling Forum, the Potsdam Institute for Climate Impacts Research, IIASA, and other institutes. More than twenty individual studies from the three-year project are being published online as they become available in a special issue of Climatic Change. These papers touch on issues as diverse as climate policy, land use and agriculture, and non-CO2 greenhouse gases, among others.

In one of the studies, IIASA researchers David McCollum and Volker Krey showed that electrification of the transport system would free up limited, and therefore valuable, supplies of biomass across the globe by reducing the need for biofuels.  “Based on our analysis, this freeing up of biomass is one of the key system-wide consequences of electrifying transport,” says McCollum. “Available biomass could then be used, for example, in plastics manufacturing or steel production, which are otherwise challenging to decarbonize.”

A second study by McCollum and Energy Program leader Keywan Riahi, also included in the issue, shows that contrary to some recent claims, the fossil fuel consumption that models project out to 2100 is well within the bounds of estimated recoverable reserves and resources. McCollum says, “Some have argued that there’s an upper limit to how much global warming will occur by 2100 simply because we’ll run out of available coal, oil, and gas supplies in the coming decades. However, our study, which compares long-term scenario results across a large suite of technologically-detailed models, shows that fossil resource constraints are unlikely to limit greenhouse gas emissions in this century.” ____

Can humanity switch from emitting massive amounts of climate-warming gases, to instead removing them from the atmosphere?

Negative Emission and the Carbon Cycle