IIASA models provided quantitative input to the recent proposal of the European Commission on climate and energy goals for 2030. 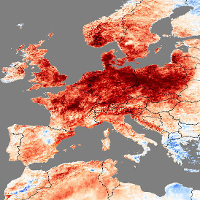 On 22 January, 2014, the European Commission agreed on a proposal for new climate and energy targets for 2030, including a reduction of EU greenhouse gas emissions by 40% below the 1990 level. Negotiations leading to the compromise were informed by an extensive impact assessment, for which IIASA researchers contributed data and model results to help policymakers understand future emissions, as well as the potential benefits and costs of various climate policies.

IIASA’s Mitigation of Greenhouse Gases Program estimated mitigation potentials and costs of non-carbon dioxide (non-CO2) greenhouse gas emissions for all EU member states. Non-CO2 greenhouse gases account for about 20% of total greenhouse gas emissions in the EU. Current policies, which address waste, fluorinated gases, and air conditioning systems, are expected to reduce these emissions by 20% in 2030 compared to 2005. Using IIASA’s GAINS model, the researchers showed that at a carbon price of €45 per ton of CO2, further measures could reduce non-CO2 emissions by about 40%. A higher carbon price would lead to emission cuts of more than 50%.

IIASA’s assessment also highlighted the importance of the co-benefits of addressing both air pollution and climate change simultaneously, showing that cuts in particulate matter concentrations compared to present policies would reduce health damage from air pollution in 2030 by around €5 to 11 billion and air pollution control costs by more than €2 billion. For more information see MAG News: EU climate and energy strategy.

Researchers in IIASA’s Ecosystems Services and Management Program meanwhile contributed research to the process, showing that changes in land use from agriculture and forestry could mean that European carbon sinks could decline by 12% by 2030. The researchers estimated greenhouse gas emissions from land-use, land use change and forestry using IIASA’s GLOBIOM and Global Forest Models. European lands currently take up more carbon as they emit, making them a net carbon sink. But by 2030, carbon sequestration is expected to decline as the agriculture and forestry sector develop. For more information, see the EUCLIMIT Project Web page.

The 2030 policy framework for climate and energy proposed by the European Commission.