The ability of forests to sequester carbon from the atmosphere depends on nutrients available in the forest soils, shows new research from an international team of researchers, including IIASA. 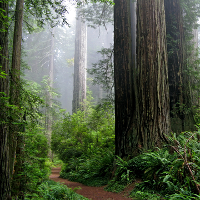 The study, published in the journal Nature Climate Change, showed that forests growing in fertile soils with ample nutrients are able to sequester about 30% of the carbon that they take up during photosynthesis. In contrast, forests growing in nutrient-poor soils may retain only 6% of that carbon. The rest is returned to the atmosphere as respiration.

“This paper produces the first evidence that to really understand the carbon cycle, you have to look into issues of nutrient cycling within the soil,” says IIASA Ecosystems Services and Management Program Director Michael Obersteiner, who worked on the study as part of a new international research project sponsored by the European Research Council.

Marcos Fernandez-Martinez, first author of the paper and researcher at the Center for Ecological Research and Forestry Applications (CREAF) and the Spanish National Research Council (CSIC) says, “In general, nutrient-poor forests spend a lot of energy—carbon—through mechanisms to acquire nutrients from the soil, whereas nutrient-rich forests can use that carbon to enhance biomass production.”

Until now, scientific models to predict forest carbon sequestration on a global scale had only considered the amount of nitrogen in the soil and did not take into account other constraints such as phosphorus or the pH of the soil, which is related to the availability of nutrients. The new study includes both those factors as well as nitrogen availability, in an analysis synthesizing data from 92 forests in different climate zones on the planet. Tropical rainforests had the poorest nutrient availability, and the lowest efficiency for carbon sequestration, the researchers found.

The researchers believe that the difference in efficiency of carbon absorption could be due to several factors. For one thing, plants in nutrient-poor soils devote more energy to locating nutrients.

“When plants are in nutrient poor conditions, they send out more roots and produce chemicals that can help dissolve nutrients from the soil. This takes energy, though, and so the plants produce less biomass,” says Obersteiner.