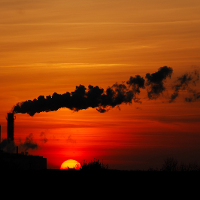 The report, was produced by the Deep Decarbonization Pathways Project (DDPP) which is a collaborative initiative as part of UN Sustainable Development Solutions Network. IIASA is a partner organization of the project, and was a contributor to the report which was delivered to UN Secretary-General Ban Ki-moon on 10 July 2014. It describes research from teams in 15 countries that explored national pathways to making economies based on low-carbon energy consistent with the 2°C limit on global warming agreed to by governments in 2010. The report’s findings show that such low-carbon pathways are feasible, but to achieve them will require a high degree of global cooperation and a novel design of the climate deal to be reached at the COP 21 meeting in Paris in December 2015.

IIASA has a long history of climate change research stemming back 40 years, one of the most recent outputs being the publication of the IIASA coordinated in 2012. The GEA provided a number of scenarios and targets, which have since been adopted by the UN Secretary- General’s (SE4All). In addition Shared Socioeconomic Pathways (SSPs) and Representative Concentration Pathways (RCPs) in the development of which IIASA played a key role have provided the wider scientific community with possible pathways on the stabilization of the climate to reach the critical 2 degree target. These tools allow scientists to run models based on consistent underlying assumptions related to population, land use change, economic growth, technology, and other factors that influence greenhouse gas emissions.

IIASA researchers’ contribution to the DDPP report was to help ensure that the national pathways and carbon budgets were consistent with the global scenario of limiting global warming to 2°C. They also helped to improve the consistency of the assumptions across the national research teams in, for example, areas such as the development and diffusion of low-carbon technologies.

“Over the last decade science has provided evidence that the climate has changed due to the anthropogenic influence. Deep decarbonization in the future and reducing global greenhouse gas emissions (GHG) by at least a third, or even two thirds, is necessary to enable us to reach the 2 degree target. This DDPP report is fundamental in order to transform this science into policy and more specifically help deliberations at the upcoming COP21.” says IIASA Deputy Director General and Deputy CEO . 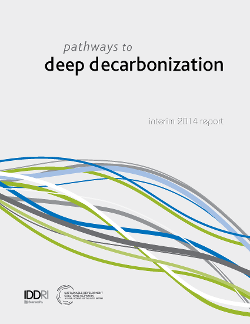 At the launch of the report, UN Secretary-General Ban Ki-moon said: “The report we are launching today shows how we can achieve deep decarbonization ...  but it requires global commitment to advancing key low-carbon energy technologies.”

The Deep Decarbonization Pathways Project is overseen by the UN Sustainable Development Solutions Network (SDSN) which is a global initiative to mobilize leaders from academia, business, civil society, and other development organizations to promote problem solving and practical solutions for the pressing challenges of sustainable development. IIASA Director General and CEO, Professor Dr. Pavel Kabat is a member of SDSN’s Leadership Council along with Professor Jeffrey Sachs, who directs the SDSN as well as the Earth Institute at Columbia University and serves as an IIASA Distinguished Visiting Fellow.