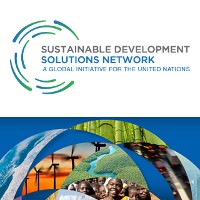 The Leadership Council, which acts as a governing board for SDSN, is made up of a few dozen global leaders ranging from HSH Prince Albert II of Monaco to Jeffrey Sachs, Director of the Earth Institute at Columbia University to Carl-Henric Svanberg, Chairman of both BP and Volvo AB. In this way the Council brings together a unique combination of the world’s leading scientists, technologists, business leaders and development practitioners to guide the work of SDSN.

“I am delighted to join the Leadership Council,” said Professor Dr. Kabat. “It provides a great opportunity to apply IIASA’s work to identifying sustainable solutions for development by drawing on the Institute’s research that studies the major global challenges of energy, water, food, poverty, and climate change in an integrated way. I am also honored to join such a distinguished governing board under the leadership of Laurence Tubiana and Lan Xue.”

Currently the Network is providing ideas for the UN Secretary-General and to the Open Working Group on the Post-2015 Development Agenda and the other global processes aimed at framing a set of development goals for the period after 2015. Professor Dr. Kabat’s appointment comes at a time of high-level discussion on the Millennium Development goals and their successors. On Monday, 23 September, the Secretary-General hosted a high-level forum to catalyze and accelerate further action to achieve the Millennium Development Goals (MDGs) and enrich the deliberations of the United Nation’s General Assembly.

The Assembly’s annual general debate, when Heads of State and Government and other high national officials gather to present their views about pressing world issues, opened on Tuesday, 24 September. On the sidelines of the general debate, the inaugural meeting of the High-level Political Forum on sustainable development, established by the Assembly in response to the outcome of the UN Conference on Sustainable Development (Rio+20), took place in the afternoon of Tuesday, 24 September. The following day, on Wednesday, 25 September, the President of the General Assembly convened a special event on follow-up efforts towards achieving the MDGs in the post-2015 era.

IIASA and the UN: The water energy nexus