Climate change effects are already being felt in Austria: A new report shows how rising temperatures, changing precipitation patterns, and melting glaciers have affected the country and what lies in store for the future. 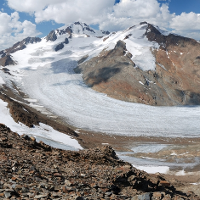 The Austrian Climate Change Assessment Report (AAR14), released today, is the first national-level climate report that mirrors the breadth and rigor of the Intergovernmental Panel on Climate Change (IPCC), examining the historical and future development of climate change, as well as the potential response and mitigation measures for the problem.

“Climate change is happening at the global level, but its effects will be different in every country,” said IIASA Deputy Director General Nebojsa Nakicenovic, who was the project leader. “It is vital that we understand how climate change will impact Austria, in order to embark on mitigation and adaptation strategies at a national level.”

Over 240 scientists from over 50 institutions contributed data and findings to the report, and the review process included 71 external reviewers, over 2900 comments and questions, and 13 review editors who ensured that all comments were taken into consideration.

Key findings of the report include:

The report also suggests that current efforts by the Austrian government to promote energy efficiency and renewable energy sources alone will not be adequate to meet the expected contribution of the country to achieve the global goal of limiting climate change to an average 2°C rise over pre-industrial levels.

Nakicenovic says, “Mitigation and adaptation strategies for climate change in Austria need to involve all sectors and stakeholders to achieve the ambitious goal consistent with a 2 degree stabilization in average global surface temperature.”

IIASA and the APCC

IIASA’s role in the AAR14 was to ensure rigor and the highest standard of the peer-review process, drawing from expertise developed through the Institute’s work on major global assessments such as the IPCC reports and in coordinating the 2012 Global Energy Assessment. IIASA Energy Program Director Keywan Riahi and researcher Mathis Rogner led and coordinated the review process.

DOWNLOAD
The full report (in German) is available for download at the Austrian Panel on Climate Change Web site. 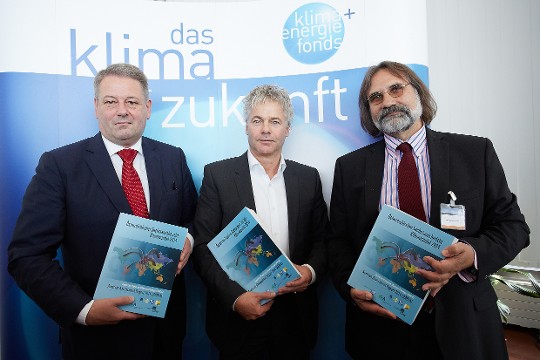 The report was released at a special event on 17 September, 2014.