Climate
Change: The necessary, the possible, and the desirable

In a new article published just prior to the UNFCC meeting in Lima, prominent scientists, including IIASA leaders, explore the key elements for climate change action. 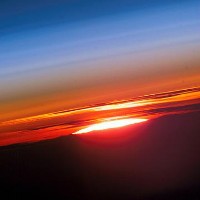 The paper, published in Earth’s Future, was drafted following the Earth League Annual Workshop 2014: A World Under 2 - 4 degrees Warming, held in Santa Fe, New Mexico- the first in a series of climate activities and projects organized by the Earth League that will continue in the coming year and beyond.

IIASA Director General and CEO Professor Dr. Pavel Kabat, and Deputy Director General Nebojsa Nakicenovic served as authors on the paper and are both founding members of the Earth League, a global alliance of prominent climate scientists.

“We, as citizens with a strong engagement in Earth system science and socio-ecological dynamics, share the vision of a more equitable and prosperous future for the world, yet we also see threats to this future from shifts in climate and environmental processes. Without collaborative action now, our shared Earth system may not be able to sustainably support a large proportion of humanity in the coming decades.”

The authors, acknowledging their place as both scientists and citizens, concisely explain the high risks presented by cascading environmental vulnerabilities and positive feedback effects. Examples include recent evidence from the polar regions, showing that “summer melting of snow on Greenland now occurs over most of the ice sheet, which leads to a darker surface and, as a consequence, an increase in heat absorption, leading to further melting.”

In line with the latest IPCC report, the paper forewarns that global temperatures might increase by 4ºC this century, a scenario “as different from pre-industrial conditions as it was when the Earth began to emerge from the last ice age some 18,000 to 20,000 years ago”.

However, the authors firmly state that: “Humanity still has a choice, either to continue on a high risk path, or to transition to a development paradigm of enhancing human wellbeing within a safer climate future”; explaining that great opportunities to alter our trajectoryand safeguard Earth’s systems are within our reach.

The essential ‘global energy revolution’ has already begun, involving civil society, businesses and governments in many countries. This is exemplified by energy demand in many developed countries falling despite economic growth, and by renewable energy use, such as wind and solar photovoltaics, increasing globally, constituting a significant share of the national energy mix in a growing number of countries. “The world may be approaching a point where the technological feasibility and economic benefits clearly tip in favor of a large-scale transition to an economy powered by clean and efficient energy”. However, the paper concludes that “these changes need to be widespread and accelerated exponentially”, and that widespread change can happen only by “prioritising access to cheap modern energy systems and higher mitigation requirements on richer nations who have caused the bulk of CO2 emissions from fossil fuels so far.”

The paper comes at an important time as world leaders meet in Lima for the UNFCCC COP 20, which should lay the foundation for the crucial COP 21 in Paris 2015. With this, the authors state that today’s global leaders now have real choice and opportunity to implement change, and ensure continued prosperity and sustainability on Earth.