IIASA energy and air quality researchers have been recognized again for their outstanding contribution to scientific literature in the field of geosciences. 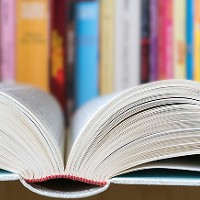 IIASA researchers Keywan Riahi and Zbigniew Klimont were included for a second consecutive year on a list of the most highly cited researchers worldwide in the field of geosciences.

The list, published by the firm Clarivate Analytics (formerly a division of Thomson Reuters), recognizes leading researchers in science and social science from around the world. It ranks scientists based on their work and citations published between 2005 and 2015.

Methodology for the ranking is described here.

Keywan Riahi is the director of the IIASA Energy Program. In addition, he holds a part-time position as visiting professor in the field of energy systems analysis at the Graz University of Technology.

Zbigniew Klimont is a research scholar with the IIASA Air Quality and Greenhouse Gases (AIR) Program, where he works on the assessment of regional (Europe, Asia) and global emissions of various air pollutants.