The International Institute for Applied Systems Analysis (IIASA) and the European Forum Alpbach have today launched a new Global Think Tank to address the issues caused by the ongoing global transformation and aid in the creation of sustainable development paths. 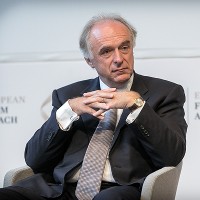 Earlier this year the two organizations entered into a strategic partnership aimed at fostering sustainable solutions to global problems. As part of this, IIASA, supported by its extensive international network of institutional members and collaborators worldwide, together with the European Forum Alpbach, have announced the establishment of  a new Global Think Tank that will include some of the best minds in the world today: people who, independent of national and financial interests, are willing to place their collective knowledge, expertise, experience, and reputation at the service of the world community at this pivotal point in Earth's development.

IIASA Director and Chief Executive Officer Professor Dr Pavel Kabat says “Urgent and concerted steps are required to help human beings, societies and their economies, and the environment itself on which we depend, to transform to a sustainable development path. Today’s business-as-usual scenario is no longer an option.

“A new form of dialogue is required. This would help to develop partnerships between the highest level of academia, governments, the business community, and civil society. Such partnerships would help to transform the currently unfruitful environmental narratives into positive ones. They would also create plausible development paths full of innovation and business opportunities, in response to the ongoing global-change-related challenges.”

The think tank is set out to formulate and communicate the most needed transformative actions as a part of ongoing and upcoming global transformations - simultaneously at the global, regional, and national levels and in every sector, including food, water, energy, climate, biodiversity, human health, education, economic development, equity, and social inclusion.

“IIASA’s systems approaches, and its scientific excellence and the Forum’s unique and historically proven power to convene meetings with leading political, economic and industrial players thus provides an extraordinary platform for interdisciplinary dialogue.” Says Alpbach Forum President Franz Fischler. “The European Forum Alpbach and IIASA are both uniquely poised at the nexus of international and interdisciplinary research to seek solutions to major global challenges – such as energy, climate, food and water, poverty and equity, and their related issues on the economic and political governance. The hosting of a new Global Think Tank to support solutions of persistent world problems is fully in line with the aims and objectives of both organizations.”

The members of the think tank will be drawn from Nobel Prize winning academics, former heads of state and government ministers and other leading politicians, from private- sector CEOs from commerce, industry and finance, and from civil society and nongovernmental organizations leaders. Managerial support and coordination of the independent think will be provided by IIASA together with the European Forum Alpbach, and all deliberations will be fully supported by IIASA and its network of more than 350 international academic and research partners.

After each think tank session, a public statement will be issued (Laxenburg and Alpbach Declaration), and scientific and thematic assessment reports which will be produced by IIASA and its partners to support deliberations.

About the Alpbach Forum

Every year since 1945, the “European Forum Alpbach” has been held in the Tyrolian mountain village of Alpbach. For almost three weeks Alpbach becomes the village of thinkers or, as Otto Molden, the founder of the Forum, called it, the “other magic mountain”. Speakers and participants from all parts of the world, from science, economics and politics, experienced experts and students, come together in Alpbach to discuss the current issues and to formulate interdisciplinary solutions. The open character of the events promotes a climate of tolerance for different opinions and contributes to the overcoming of national, ideological and disciplinary boundaries in a harmonius way. Since its inception, more than 3,000 people from over 50 countries have taken up the invitation to participate in the European Forum Alpbach. Participation is open to all those who are interested, and the events are carried out in the German or the English language.

IIASA is an international scientific institute that conducts research into the critical issues of global environmental, economic, technological, and social change that we face in the twenty-first century. Our findings provide valuable options to policy makers to shape the future of our changing world. IIASA is independent and funded by member organizations from countries across Africa, the Americas, Asia, Oceania, and Europe, and including the major economies of the world.
Print this page