The second workshop of the Foresight Exercise is organized in the framework of the “Emerging trade routes between Europe and Asia” scenario building project. The aim of the second workshop is to identify plausible realizations of Arctic regional factors under two distinctly different global scenarios. These two global scenarios are the most quintessential out of the four scenarios by the World Economic Forum Future Council on Trade and Investment based on the deliberations of the first workshop. 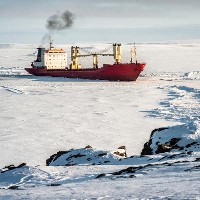 The Workshop participants include:

Each workshop participant is asked to give their perspective on plausible developments of the selected regional factors under each of the two global scenarios. Based on the discussions in the first workshop, the project team modified the originally presented global and regional factors. To justify these modifications, statements made by participants in the first workshop are mapped into these factors.