The Society for Ecological Restoration recently announced that the 2017 Communication Award would be presented to Prof. Junguo Liu, a research scholar at IIASA, as well as a professor at the Southern University of Science and Technology, in view of his outstanding contribution to the ecological environment. 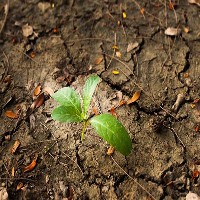 The Communication Award is given to only one winner every second year. So far, there have been ten winners since the award was established in 1998. Junguo Liu is the first Asian scientist to win the prize. He is one of the most successful scientists in the field of hydrology and ecological restoration, and maintains active collaborations with scientists from dozens of countries such as China, Austria, the United States, UK, Germany, Switzerland, the Netherlands, Canada, India, Pakistan, South Africa, Brazil and other countries to study hydrology and water resources, ecosystem services and ecological restoration through leading research projects.

SER was founded in 1987. SER has members and partners in more than 60 countries and has 14 regional chapters worldwide, leading the way in promoting the development and expansion of global ecological restoration disciplines.