The Satellite Technologies for Improved Drought Risk Assessment (SATIDA) project has been voted among the top 10 projects for this year’s Rudolph Sallinger Foundation prize. 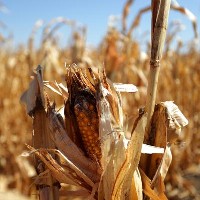 The prize is awarded to promising commercial ideas based on scientific achievements that are in an early phase of development.

On 23 May 2016, SATIDA project leader Markus Enenkel of the Vienna University of Technology (TUW) will make a pitch in front of the award jury, for a chance to win 20,000 euros in order to further develop the idea commercially.

SATIDA has also been awarded the Neptune Water Award from the City of Vienna and gained first prize in the Space Apps Competition 2013 funded by the Austrian Research Promotion Agency (FFG) together with the Austrian Federal Ministry of Transport and Innovation, and the Space Generation Advisory Council.

The overall objective of the SATIDA project was to improve drought monitoring and forecasting using state of the art technologies including radar remote sensing of soil moisture in combination with mobile phone apps.

Funded by the FFG, SATIDA ran from May 2014 until Oct 2015 and was led by TUW. Contributing partners included the Austrian Central Institution for Meteorology and Geodynamics, the University of Natural Resources and Applied Life Sciences, and Doctors without Borders (MSF). As part of SATIDA, IIASA researchers developed a mobile phone application for use by MSF staff in the field. Using the app, MSF collected information on nutritional status and other vulnerability indicators in a conflict prone area of Congo. The app was also designed to aid in ground-based validation of the remotely-sensed soil moisture-based drought index.

More information can be found in a recently published open source paper in Remote Sensing by Enenkel et al. (2016).

With a mobile data collection app and satellite data, scientists may be able to project whether a certain region is vulnerable to food shortages and malnutrition. The method has now been tested in the Central African Republic. More