Before leaving office, former Secretary-General Ban Ki-moon appointed Wolfgang Lutz to be one of 15 independent scientists to draft a report on sustainable development ahead of a global review set for 2019. 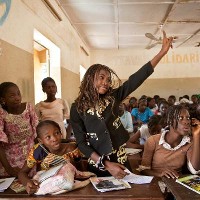 The next GSDR will be published in 2019 to inform the first high-level global review of the 2030 Agenda in September 2019.

"This can be seen as a first step towards giving the scientific community a separate standing, distinctly different from governments and NGOs", so Lutz. "This new independent group is a quite revolutionary institution in the UN system. Unlike IPCC and other processes, the report independently produced by this group does not require approval by governments but will be published directly and serve as basis for discussions in the General Assembly as well as other high-level UN bodies."

During his long career, Lutz has worked on family demography, fertility analysis, population projection, and the interaction between population and environment. He has conducted a series of in-depth studies on population-development-environment interactions in Mexico, several African countries, and Asia, has authored a series of world population projections produced at IIASA and has developed approaches for projecting education and human capital. The latest set of population projections was published in 2014 in a massive volume with 1056 pages entitled “World Population and Human Capital in the 21st Century” (eds. W. Lutz, W. Butz and Samir KC). This effort include projection results for all countries in the world by age, sex and level of education and is currently likely the most comprehensive assessment of the global state of knowledge about future population and human capital trends.