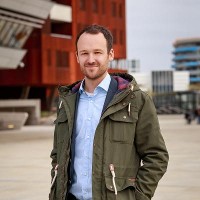 Understanding vulnerability to the consequences of anthropogenic climate change as well as societies’ adaptive capacity is not only a matter of understanding the atmospheric circumstances under which extreme weather events turn into natural disasters. It also needs the study of factors that co-determine risk. These could be geographical, i.e. where a person lives, but also social, i.e. the social status of a person within a society.

Erich Striessnig's research on differential vulnerability to natural disasters conducted over the past couple of years at IIASA suggests a strong heterogeneity in both the spatial and social dimension. Therefore, in order to increase the accuracy of future scenario-based assessments, with regard to environmental threats and the likelihood of global change, spatial population projections that include relevant sociodemographic characteristics are needed. This is what he will develop further during his four month stay as a Fulbright-Botstiber Visiting Professor at the National Center for Atmospheric Research (NCAR) in Boulder, Colorado.

Striessnig will combine the multi-dimensional cohort-component model developed by IIASA in collaboration with the Wittgenstein Centre with the NCAR model, by adding age-structure to the spatial dimension of population heterogeneity. The purpose of the Fulbright-Botstiber Award in Austrian-American Studies in the United States is to promote the understanding of the historical relationship between Austria and the United States. In close collaboration with colleagues at NCAR, Striessnig will start with a U.S. case study and apply his model to Austria in a next step.

Since joining IIASA's World Population Program in 2007, Striessnig has been working on questions concerning the demographics of economic growth, contributing to the development of the SEDIM model, as well as the topic of optimal fertility. From 2008 to 2010 he collaborated with IIASA's Air Pollution and Economic Development (APD) Program, where he worked on the macroeconomic effects of air pollution mitigation in South Asia. More recently, he has dedicated himself to topics as diverse as demographic differential vulnerability to natural disasters, the relationship between education and subjective well-being, as well as the role of the demographic metabolism in processes of social change.