The collaborative research project on air quality management in Vietnam being carried out jointly by IIASA and its Vietnamese National Member Organization, the Vietnam Academy of Science and Technology (VAST), reached an important milestone at the end of October with the publication of the first year's progress report. 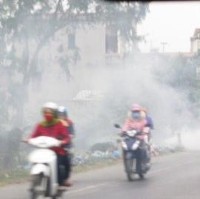 A cooperative scientific project between the Vietnamese Academy of Science and Technology (VAST) and IIASA has spawned a multi-disciplinary research community in Vietnam that can provide comprehensive scientific support on air quality management to decision makers in Vietnam. During the first year of the project, IIASA’s GAINS model has been adapted to the Greater Ha Noi/Red River Delta area and surrounding regions, and an initial set of data has been compiled from publicly available statistics and studies. The report on this phase of the project was presented at a workshop held in Hanoi on 26 October 2018, which also marked the formal launch of the GAINS-Vietnam model. This event was covered on the Vietnamese television news.

Although further work will be necessary to refine the GAINS-Vietnam tool, the initial findings are highly relevant for air quality management in Vietnam.

The measured annual mean concentrations of PM2.5 are clearly above the national ambient air quality standards, and exceed the global guideline value of the World Health Organization by a wide margin. Based on local emission inventories and meteorological information, the analysis reveals that road traffic is the major but, in contrast to widespread belief, not the dominating source of PM2.5 pollution in the Ha Noi province. Road transport is responsible for about one quarter of the ambient PM2.5, the other 75% originating from other sectors, notably large power and industrial plants, the residential sector and the open burning of agricultural waste. Livestock farming and fertilizer application make important contributions to the chemical formation of secondary particles.

Despite the currently adopted policy measures, Ha Noi’s air quality could deteriorate in the future as a consequence of the anticipated further increase in economic activity. Without additional policy measures PM2.5 concentrations in northern Vietnam could be 25-30% higher in 2030 than in 2015. This implies that almost 85% of the population in northern Vietnam would be exposed to air quality that does not conform to the national ambient air quality standard.

Effective improvements of Ha Noi’s air quality require coordination with neighboring provinces. About one third of PM2.5 exposure in Ha Noi originates from emission sources within the same province, while the majority is imported from outside. If restricted to the Ha Noi province, even the most stringent emission control measures will be insufficient to reduce effectively ambient pollution levels in the city.

Policy interventions are available that could significantly improve air quality in northern Vietnam. Cost-effective strategies need to combine technical emission controls, such as effective cleaning of flue gas, with policies that promote structural changes, e.g., energy efficiency improvements and a transition to cleaner fuels. The GAINS-Vietnam tool, once fully implemented with local data and validated against observations, can help in identifying effective portfolios of measures, taking into account the costs, benefits and political economy of the policy interventions. 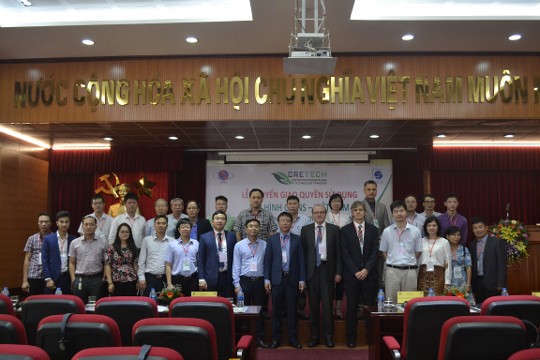 The Vietnam Academy of Science and Technology (VAST)