IIASA research examines what needs to be done to limit climate change. 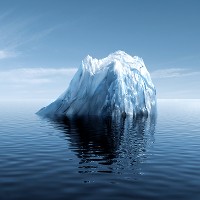 Crops in Africa will wither during long hot spells and droughts, leading to food shortages. in delicate alpine meadows, animals and plants already stressed by changes in their environment will succumb to extinction. off the coast of Australia, vulnerable coral reefs will bleach and die off. Coastlines around the world become inundated as sea level rises. This is a vision of a future in which climate change continues unabated—and just a few of the impacts that climate researchers expect to see as global temperatures rise because of human emissions.

To limit those impacts and avoid the most dangerous outcomes, more than 190 countries agreed in 2010 to take steps to limit global temperature rise to 2°C above pre-industrial levels. But since that global agreement, set in UN?sponsored climate discussions, many people have questioned the feasibility of that goal. Already the planet has warmed by 0.8°C (1.4°F) over pre-industrial times. Is it still possible to reach the 2°C target? If so, how much will it cost? How soon must action occur? And what policies and measures will be most effective?

“For any given greenhouse gas emissions trajectory, there is uncertainty in the climate system about what that means for temperature increase in the future,” says IIASA energy researcher David McCollum. “But there are also many uncertainties that feed into those emission pathways, including a variety of technological, social, and political factors.”

Researchers in IIASA’s Energy program have been looking into those uncertainties, as well as the potential costs and side benefits of addressing climate change. In a series of three new studies recently published in the journals Nature and Nature Climate Change, McCollum, IIASA Energy Program Leader Keywan Riahi, and ETH Zurich researcher Joeri Rogelj, a participant in IIASA’s 2011 YSSP, provide new insight into the big questions about climate change—including how climate mitigation interlinks with other global issues such as energy access and poverty, technology, and the environment.

Windows of opportunity for climate action

The first in the series of studies, published in December in the journal Nature Climate Change, showed where emissions would need to be in the year 2020 in order to have a good chance of limiting global temperature rise to 2°C in the long term.

The study quantified those thresholds as an emissions window, which was calculated to be between 41 and 47 gigatons of carbon dioxide equivalent (CO2e) per year by 2020. Currently, global CO2e emissions are about 50Gt per year, and projections suggest that they will reach 55Gt per year by 2020. The study showed that while it would still be possible to reach climate targets if emissions are not within the target window in 2020, it would become much more difficult and expensive. 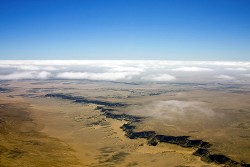 “What we do over the next eight years really determines the feasibility and choices that we have in the long term,” says Riahi. “Some of these options for policies and technological change are still choices, such as phasing out nuclear power. We lose these choices if we overshoot certain thresholds.”

In a second study published in January in the journal Nature the researchers found that the most important factor uncertainty in limiting climate change is political— that is, the question of when countries will begin to take serious action to reduce greenhouse gas emissions and implement other policies that could help mitigate climate change.

Using a range of scenarios developed with IIASA’s MESSAGE integrated assessment modeling framework, the researchers examined the probability of keeping global temperature rise under 2°C, and ranked the uncertainties associated with efforts to mitigate climate change.

Riahi says, “While there are still a number of things we don’t fully understand about the global climate system, one thing we now know is that with a twenty-year delay in controlling greenhouse gas emissions, you can throw as much money as you have at the problem, and the best outcome you can get is a fifty–fifty chance of keeping temperature rise below two degrees.”

Solutions for a warming planet

In order to reach climate targets, the researchers say, the world will ultimately need to reduce emissions of greenhouse gases to zero. And since 80 percent of emissions come from energy production and use, that means fundamental changes to how we use and produce energy for the world.

In a third recent paper published in February in Nature Climate Change, Rogelj, McCollum, and Riahi examined the potential climate impacts of the United Nations Sustainable Energy for All (SE4All) Initiative, which was launched in 2012 to address three objectives related to energy: providing universal access to modern energy, doubling the share of renewable energy globally, and doubling the rate of improvement in energy efficiency— all by 2030.

By analyzing over 500 scenarios in which some or all of the SE4All goals were met, the researchers found that the effort could be a good start towards slowing down climate change. “Doing energy right will promote the Millennium Development Goals, such as poverty eradication, and at the same time kick-start the transition to a lower-carbon economy,” says McCollum.

The researchers examined the probabilities of meeting the 2°C target, showing that both the efficiency and renewable goals contributed substantially towards reducing emissions. They also found that bringing energy access to many more people around the world—which one might initially expect to lead to increased greenhouse gas emissions—was also consistent with reducing emissions because energy efficiency would also likely improve with better access to modern energy technologies and fuels. Rogelj says, “Sustainable development and poverty eradication can go hand in hand with mitigating climate risks.”

INSIDE THE BLACK BOX

Much of the work described in this article relied on IIASA’s well-known MESSAGE model, a tool that includes insights from economics, biology, social science, geophysics, and engineering. Work using the MESSAGE model feeds into policy-relevant scientific reports such as the Intergovernmental Panel on Climate Change (IPCC) and the recent Global Energy Assessment.

MESSAGE is a type of model known as a scenario analysis or integrated assessment model (IAM). Unlike other models, which produce projections or predictions about what might happen under certain circumstances, IAMs produce a range of pathways or scenarios that give specific details about how a given objective might be achieved, how much it will cost, and what technologies might be needed. For example, a climate model can predict how much global temperatures will rise, given different levels of greenhouse gas emissions. In contrast, the MESSAGE model might tell you how likely a certain investment or mix of technologies and policies would be to limit temperature rise to a specific level.

Rogelj explains, “IAM scenarios are not predictions, and they are not forecasts. They are more like stories about the future, based on facts that we know about how things have been in the past, how they are now, and how researchers imagine them for the future.” These scenarios, the researchers say, can lend insight into the paths and circumstances that might lead us to specific objectives.

These three recent studies are part of a larger body of ongoing IIASA research, which explores the interplay between objectives such as climate protection, poverty reduction, environment, and public health. Exploring the tradeoffs, costs, and co-benefits of addressing these problems can provide clear insight for policymakers and world leaders who are trying to make good decisions. Rogelj says, “Although we will never know everything, we already know enough to make robust decisions for the future to limit potential risks and impacts of our activities.”

Q: How did this research get started?
A: The idea came up in discussions with Brian O’Neill, now at NCAR, and Keywan Riahi in the framework of the 2010 UNEP Emissions Gap Report, which we all worked on.

Q: How does your PhD work relate to the work you’ve done at IIASA?
A: At the start of my PhD research, I wanted to look at climate physics and uncertainties of very low emissions scenarios. But I soon figured out that there were no such scenarios in the literature. My work at IIASA allowed me to actually create these scenarios so that I could bring them into my PhD work. 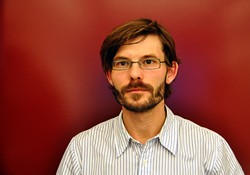 Q: What did you learn at IIASA?
A: Besides just looking at problems from an interdisciplinary systems perspective, I also learned to be critical of every assumption, either explicit or hidden in the analysis you make. Sometimes the strength of an analysis lies in bringing knowledge together and finding robust results rather than just looking at small details in one field.
Print this page