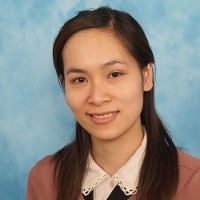 Lan Hoang pauses to take a sip of good Austrian coffee as she gathers memories of her childhood in Hanoi, Vietnam. Petite, with black hair tucked casually behind one ear, her dark eyes drift as she describes the lush nature that once cushioned her farmland home.

“I remember, we had pigs and chickens and a pond next to our place, but then it changed so much,” Hoang says. “The pond disappeared and now there’s a road over it, and a nearby river is gone.”

Hoang laughs when she recalls listening to the Backstreet Boys in high school, as Vietnam became market economy driven and the U.S. trade embargo was lifted in the 90s. Yet the effects on the land she saw around her concerned her more. Soon, with the rise of environmental studies in Vietnam, Hoang started asking questions about the balance between economic progress and environmental preservation.

“Vietnam is transforming quite fast, and some changes are good,” Hoang says. “But although there’s an emphasis on economic development, we still need to balance that with the environment.”

Hoang, now 27 years old and a first year PhD candidate at the University of Leeds, has been studying Geography and Environmental Science in the United Kingdom for four years. As her YSSP summer project, she is researching water conservation in southeast England. She plans to provide solutions for adaptive water planning in the region.

“One reason for doing my PhD in England was to see how things work in a different country and compare it with my home country,” Hoang says. “Even developed countries can experience a lot of water scarcity because of outdated infrastructure.” 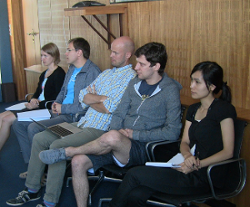 Lan Hoang, right, listens during a seminar organized as part of the Young Scientists Summer Program.

"What’s intriguing is that she realizes the history of water management has been too conservative and narrow, and that's why regions have ended up with catastrophes. [like flooding],” Sendzimir says, who works with conceptual maps that organize methods of responding to environmental issues. “I’m going to be working with her on a conceptual level on a wider range of ideas to consider what may be causing vulnerability of water resources,”

Hoang says her Vietnamese background has helped her understand the strains of balancing economic growth and environmental protection.

“I try to embody coming from a developing country in which preserving the environment is a priority, but we also need to focus on getting people out of poverty too,” she says.

Hoang has also studied in Australia and Spain, something Sendzimir says shapes her as a researcher.

“She has a range of perspectives – it really depends on where you’re from and how you use the information you get,” Sendzimir says “She may be small in stature, but I think she’s seen a lot. ”

Hoang is concerned that the public has often been misinformed about climate change because scientists do not represent their findings clearly. She  hopes to place greater focus on lucid communication.

“It’s necessary because the adaptation is about people like water managers or customers making decisions, not scientists,” Hoang says. “It’s quite important to explain what is your idea to them, rather than to scare them away with jargon.”

Hoang plans to work in applied research after she completes her PhD because of its application to people.

“I like research because it really makes an impact, and I’d like to have that real impact factor as a scientist” she says. “It’s good to come up with innovative ideas and to communicate them, and then to see them realized.” 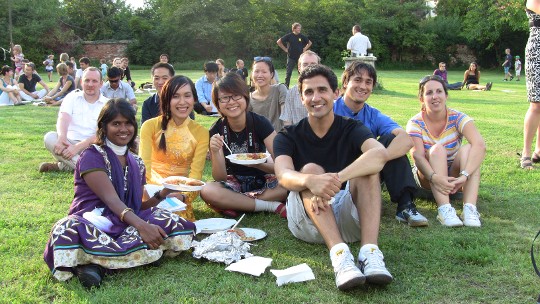 Lan Hoang, second from left, joins a group of YSSPers on IIASA's annual Asia Day, a celebration of Asian food and culture.