New findings from IIASA demography experts: The economic crisis led to increased smoking in the USA; and societies’ stereotypes of older people. 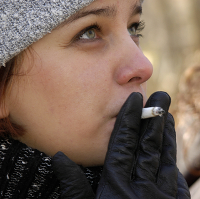 The number of smokers in the US has risen by approximately 600,000 since 2008, likely because of the rise in unemployment, according to a new study led by IIASA Population program researcher Raya Muttarak. The new research, published in the journal Tobacco Control, upturns a tenet of social science known as “healthy living in hard times.” Previous research had shown that during economic downturns, rates of unhealthy behavior such as smoking and exercising too little had tended to decrease. The thought was that when unemployed, people might have more time to devote to physical activity. Muttarak says, “This time it is different. The magnitude of the crisis has substantially changed the share of those with and without a job, with the latter being much more likely to engage in risky health behaviors.”

READ MORE ON THE IIASA BLOG