The Art and Craft of Systems Analysis 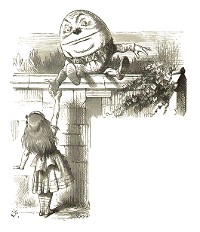 Dr. Roger Levien, IIASA’s second director, was asked so frequently what systems analysis was that he had a quotation from Through the Looking-Glass by Lewis Carroll framed and put up in his office “When I use a word,” Humpty Dumpty said, in a rather scornful tone, “it means just what I choose it to mean—neither more nor less.”

One should not, I believe, see the framing of these words as  tongue-in-cheek reaction on Roger Levien’s part. At the time the mid-1970s), IIASA was sponsoring a series of books on the state of the art of applied systems analysis, plus a handbook for practitioners, managers, scientists, teachers, and students that would be co?edited by two of the “grand old men” in the field, Edward S. Quade and Hugh J. Miser.

In preparation for this research, IIASA circulated a questionnaire on the foundations, arts, techniques, and applications of systems analysis to its member organizations and analysts outside the Institute. There were many responses, but they only served to confirm what everyone knew: there was no common agreement about what systems analysis was. In fact, the answers showed that the conceptual basis of the discipline needed to be enriched and strengthened.

The Humpty Dumpty anecdote shows quite clearly, in my view, that IIASA was determined to put its own stamp on the theory and practice of systems analysis at the earliest possible stage. Systems analysis sounds as if it should be rocket science, but at Wageningen University in the Netherlands I taught it as a first?year course to my students. To explain what systems analysis is all about, I usually took a page out of the Quade and Miser handbook and began by saying what it is not.

Systems analysis at IIASA is, in fact, a problem-solving process in which many people take part: scientists of relevant disciplines, stakeholders, and decision makers. These are
not just problems per se, but problems along with all the attendant factors and concepts they encompass. To quote Quade and Miser, these factors include: “the knowledge and
methods of modern science and technology, in combination with concepts of social goals and equities, elements of judgment and taste, and appropriate consideration of the larger contexts and uncertainties that inevitably attend such systems.” It can thus be said that systems analysis has both a quantitative and a qualitative side.

The central purpose of systems analysis is to help private decision makers and public policymakers resolve the problems that they face in the short, medium, and long
term. The problems we address at IIASA are large-scale socio-technical problems—problems affecting the future of the human race, the planet on which we live, the energy we use to cook our food and to run our industry, human health, air quality, changes in the biosphere—problems of such immensity, complexity, and urgency that to neglect a single aspect could be very costly, and not just in monetary terms.

Perhaps part of what led to the confusion faced by visitors to Roger Levien’s office in the 1970s is that the form of systems analysis is constantly transforming as it adapts to diverse problems and differing contexts. It is not static. However, to those who ask: “What does IIASA do?” or “How does IIASA work?”  I believe it is possible to “explain” systems analysis using a nine-step framework.

Please note that computer modeling is a useful device in helping obtain answers at any of the above stages.

Systems analysis has been the most helpful in addressing issues dominated by science and engineering, for industrial or military applications. It also works well with budgetary decisions where it points to the most cost-effective courses of action. It is more problematical where political, organizational, and social factors predominate and where goals may be obscure and authority diffuse and overlapping.

As well as being used to craft good solutions, systems analysis can also be an art in terms of achieving an often delicate balance that satisfies multiple stakeholders. While systems analysis like any other human endeavor has its limitations and there are other means available to assist the decision maker, it does have a number of virtues.

It introduces a certain objectivity nto the subjective process of decision making and thus can help with acceptance and implementation of decisions; it can take uncertainty explicitly into account; it determines interactions and side effects; it may reveal unexpected consequences of policies and actions; it may provide insight into issues and suggest better alternatives.

As will have been noted, systems analysis is itself inherently multi- and interdisciplinary. IIASA, as a specialist in systems analysis, is structured to reflect this way of thinking and researching.

Finally, to return to Through the Looking-Glass, where this article began. Humpty Dumpty, as we all know, eventually fell off his famous all. Before doing so, however, he explained a word to Alice that she had not been able to understand. That word, of course, was “Jabberwocky.”
Systems analysis at IIASA is making an important—even essential— contribution to solving some of the world’s most complex problems.

I hope that this short piece will prove helpful to those readers who automatically think “Jabberwocky” when the term “systems analysis” is mentioned!