Options Magazine, Summer 2021: Actions to curb global warming can have an added benefit-cutting air pollution and saving millions of lives. This bonus however only takes us part of the way to truly clean air. We need ambitious policies focused on pollution - and urgently. 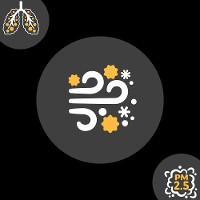 Wind turbines do not belch sulphurous fumes; solar panels emit no choking dust; electric vehicles have no exhaust pipes. It seems obvious that by rolling out these technologies, all aimed at fighting climate change, we will also cut air pollution. But it is far from obvious how powerful an effect that will be. What will climate policies mean for global health? How far can they take us on the road to clean air?

Researchers from the climate and air quality communities have been working together to answer these questions. The Paris Agreement added new momentum, making sustainable development an explicit focus of the climate effort, as air pollution is a particular threat to development in poorer regions.

A recent IIASA study looked at the public health implications of the Paris Agreement across nine countries – including China, India, and the US – which are home to half of the world’s population. The research also covers the health impacts of diet and physical activity, but IIASA researchers Gregor Kiesewetter and Peter Rafaj focused on air pollution – specifically PM2.5, the fine particulate matter that is damaging to health and responsible for more than 7% of all deaths worldwide – using the IIASA Greenhouse gas Air pollution Interactions and Synergies model (GAINS). GAINS models emissions of pollutants, their chemical interactions, and their path through the atmosphere, and finally calculates the impact on human health and ecosystems.

One scenario portrays a world that meets the Paris goal of staying under 2°C of global warming, and also other Sustainable Development Goals (SDGs), such as access to clean energy. The result of this was 1.2 million fewer annual deaths due to air pollution in the nine countries, compared with a scenario based on existing clean-air policies and climate commitments.

This message was reinforced in a second study led by Rafaj, looking ahead to 2050 and examining health impacts across Asia.

Scenarios that meet the 2°C and 1.5°C targets show great health benefits, averting up to 13% (or 0.5 million) of annual premature deaths seen in the baseline scenario of today’s climate and energy policies. In addition, climate action brings cost savings: cutting one tonne of CO2 means €5 to €12 less spent on abating pollution.

The prospect of these lives and dollars saved should be a spur to policymakers considering more ambitious climate goals at the upcoming UN climate conference, COP26, in Glasgow.

Climate action alone is however not enough. Pollution is a huge and growing problem, largely because an ageing population is increasingly vulnerable to the cardiovascular diseases linked to PM2.5. Rafaj and colleagues examined this demographic effect, and found that even if emissions are held steady, premature mortality in Asia rises fast, which suggests that even stricter policies are needed.

The impact is huge. According to the GAINS model projections, in 2050 this “maximum feasible reduction” strategy reduces premature deaths across Asia by nearly 45% compared with the baseline.

Another IIASA study gives an idea of what will be needed to bring clean air to a majority of the world population. The World Health Organization air quality guideline is that annual mean PM2.5 levels should be no higher than 10 micrograms per cubic meter. In 2015, only about 18% of us were breathing air that conformed to this guideline. The research showed that a clean-air scenario could raise that number to 56% in 2040. This, however, require policies that deal with all polluting sectors, including energy, agriculture, and waste management.

Climate and clean-air policies however need to be carefully coordinated, as some measures that cut greenhouse gases actually increase pollution. Biomas burning, for example, can be a strong source of PM³.µ. In Europe, this is now being recognized. The EU’s Second Clean Air Outlook, which contains major contributions from IIASA, includes research into the co-benefits of climate and pollution policies to inform the upcoming zero-pollution action plan.

“More needs to be done to provide clean air for all," concludes IIASA Pollution Management Research Group Leader, Zbigniew Klimont. “Any day with polluted air is a lost day causing suffering that can be avoided.”

Big cities face some of the world’s worst air pollution. A 2020 World Bank report “Clearing the Air – a Tale of Three Cities” examined responses in Beijing, Delhi, and Mexico City. Input from IIASA research included a long-term collaboration with the World Bank to tailor the GAINS model to local conditions in highly polluted regions. 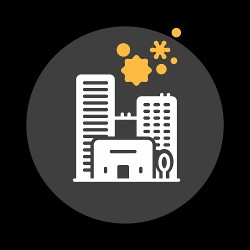 The report recommends a three-pronged approach through information, incentives, and institutions. Accessible information about pollution can galvanize public support, as it did
in Mexico City with an analysis of air pollution and children’s health.

“Countries need a strong mechanism to incentivize local air-quality programs and institutions must involve a range of stakeholders addressing all relevant pollution sources, as air pollution does not care about administrative boundaries,” notes Pallav Purohit, a researcher
with the Pollution Management research group.

We tend to think of city pollution as a homegrown problem, the noxious consequence of diesel engines and heavy industry. IIASA and the Indian National Environmental Engineering Research Institute however found that 60% of PM2.5 in Delhi was actually coming from outside the city, for example, from crop burning. Clean-air policy therefore needs to transcend jurisdictions – as with the Jing-Jin-Ji Regional Air Quality Prevention and Control Coordination Group in the Beijing area, the Megalopolis Environmental Commission in Mexico, and the newly established Commission for Air Quality Management for the area around Delhi.