Investigating the benefits of renewable energy investments in North Africa and exploring Egypt's future population were two areas of Egypt-related research at IIASA during 2014. 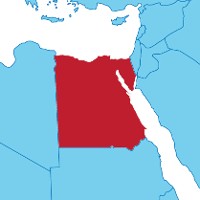 The Risk, Policy and Vulnerability (RPV) Program pioneered numerous studies on the fiscal resilience of national governments to extreme event losses, a concept that has become increasingly topical as climate negotiators deliberate on a global fund to support adaptation. more

Gbenga Abiodun of the University of the Western Cape, South Africa, studied the impacts of temperature and rainfall on malaria incidence in sub-Saharan Africa. more

Dynamics of land cover and impact on stream flow in the Modder River Basin of South Africa: Case study of a quaternary catchment

Onalenna Gwate of Lupane State University, Zimbabwe, studied changes in historical streamflow and rainfall patterns with reference to dynamics in land cover in the C52A catchment in South Africa. more

Olufiasayo Onawumi of the Kwame Nkrumah University of Science & Technology, Ghana, researched how to establish landscape-scale mitigation projects that fully account for land use change. more

Oil for Africa’s development and US energy security: Shared or competing interests?

Kgothatso Brucely Shai, University of Limpopo, Turfloop campus, South Africa, found that it would be in the best interests of the USA for African nations to be developed and self-reliant, as this would enhance the capacity of African nations to buy products from the USA. more

Rural community livelihoods and their resilience to flooding

The impact of rainwater harvesting on water flow regulation in a semi-arid catchment: A South African case study of the Modder River catchment

The Academy of Scientific Research and Technology (ASRT)