Collaborations with Malaysian institutions were explored in the areas of palm oil and tropical deforestation in 2014. 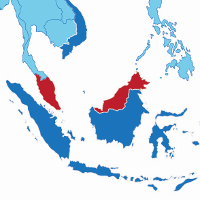 Malaysia's membership of IIASA, via the Academy of Sciences Malaysia (ASM), entered its fourth year in 2014. In addition to IIASA studies that provide insights into global and regional change that influence Malaysia (see list of Asian research activities below), collaborations were explored in 2014 with Malaysian organizations into research on developing sustainable management scenarios for palm oil and IIASA's Tropical Flagship Initiative. In addition, IIASA's demographers projected the future population of Malaysia for different scenarios of education expansion.

The Academy of Sciences Malaysia (ASM)