2014 was Vietnam's first full year as a member country of IIASA  with its leading scientific and technological agency, the Vietnam Academy of Science and Technology (VAST), serving as National Member Organization (NMO). 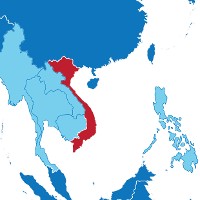 A range of activities took place in 2014 of relevance to Vietnam and included:

To operationalize the concept of social and ecological resilience, the Risk, Policy and Vulnerability (RPV) Program and partners in the Zurich Flood Resilience Alliance are developing a comprehensive conceptual model for operationalizing disaster resilience thinking, which is being rolled out in several countries globally. more

Vietnam Academy of Science and Technology