In 2014 joint activities between Indonesia and IIASA ranged from the assessment of competing uses of tropical forests to developing capacity among young Indonesian scientists for systems analysis. 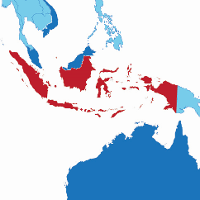 IIASA’s researchers are establishing strong collaborations with Indonesia, particularly related to assessments and scenarios of the complex, inter-related challenges that are faced in the sustainable management of the energy, water, food, climate, and ecosystem resources. Particularly notable is the recently launched Tropical Flagship Initiative that will identify policies to both preserve tropical forests in the region and create development pathways that reflect the complete value of ecosystem services and the complex social structures of the localities.

In addition, an Indonesian PhD student won a place on IIASA's Young Scientists Summer Program in 2014 to analyze the community perception of flood risk and key sources of community resilience to flooding in East Nusa Tenggara Province, Indonesia.

To operationalize the concept of social and ecological resilience, the Risk, Policy and Vulnerability (RPV) Program and partners in the Zurich Flood Resilience Alliance are developing a comprehensive conceptual model for operationalizing disaster resilience thinking, which is being rolled out in several countries globally. more

A new interdisciplinary cross-cutting project aims to narrow the gap between case studies and mathematical models by focusing on formal and informal institutions for overcoming the tragedy of the commons, using experimental games and agent-based models as stepping stones. more

The Indonesian National Committee for IIASA

Head, Bandung Institute of Technology, School of Business and Management

Director of Jakarta Campus, School of Business and Management, Bandung Institute of Technology