The Young Scientists Summer Program, founded in 1977, was inspired by the Institute’s desire to develop a new generation of scientists who would carry forward the international, interdisciplinary, and applied research approach being developed at IIASA. The experience of IIASA’s second director, Roger Levien, of a graduate student program at the RAND Corporation was to form the basis of the new young scientists program at IIASA. 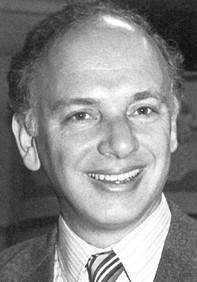 One of the main problems the Institute faced in its early days was the scarcity of researchers with practical experience in the kind of “systems analysis” that IIASA was trying to apply. Only a few scientists worldwide had international systems analysis experience—principally in military issues. Thus, the Institute had to recruit established scientists with strong disciplinary research backgrounds and then build interdisciplinary, international teams for its research work.

Results were mixed: it is difficult for experienced scientists, nurtured in their specific research paradigms, to develop new approaches in mid-career. The Institute needed to foster an international cadre of young researchers who would invigorate the developing discipline.

Roger Levien (pictured above) was confronted with this problem when he became the director of IIASA in 1975. He brought with him his own experience as a young scientist when he was a “test case” for a graduate student program at the RAND Corporation. He spent three months at RAND absorbing its systems approach, interdisciplinary style, and focus on real policy problems. The experience changed his career—and life—plans. While doing his PhD at Harvard, he returned to RAND for two more summers to a full?fledged summer graduate program, then joined RAND full-time.

When Levien was appointed director of IIASA, it seemed to him that a similar program could help attract young scientists from many countries to the field of international and applied systems analysis—and, eventually, to IIASA or to organizations within its research network.The Graduate Students Summer Program began in summer 1977 with 13 participants from five countries.

The students found the experience enriching and the program to have great potential. They expressed hope that it would continue. The supervisors found the students to be bright, enthusiastic, and productive. With three years of positive experience and IIASA Council support, Levien decided to formalize and publicize the program more widely.

His assistant, Gennady Potemkin, pointed out that many of the previous participants were not formally “graduate students,” but rather “young scientists.” They agreed to modify the program’s name. Gennady soon returned with a draft brochure entitled: “Summer Program for Young Scientists.” Levien took one look and told him the title had to be changed. The acronym—SPYS—simply would not do for an institute dedicated to breaking down Cold War barriers!

So it became “Young Scientists Summer Program.” And YSSP it has remained.

Interview: A look back at the Young Scientists Summer Program