Anastasia Emelyanova’s involvement with IIASA transformed from three months during the YSSP to joining the World Population Program for joint work with the Arctic Futures Initiative as a Research Scholar. Below she describes this journey and her current work on Arctic populations. 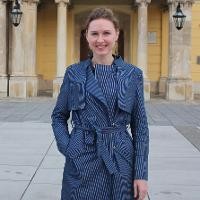 In summer 2011, I joined the World Population Program (POP) as a Petr Aven fellow. My project focused on estimating a presumably rapidly “graying” population of Circumpolar Russia. IIASA Institute Scholar Prof. Warren Sanderson, one of the inventors of new “prospective” toolkit of ageing indicators, guided my 3-month scientific journey throughout all its stages. The results of that YSSP study were published in the Journal of Population Ageing, which credited highly to position immediately to a doctoral candidate status. I was accepted to embark on multidisciplinary research and doctoral training in the field of northern and Arctic issues at the Centre for Arctic Medicine, Thule Institute, University of Oulu (Finland).

In December 2015, I became the first graduate of the PhD Program in Health and Well-being in the Arctic. In my thesis, a large-scale dataset on population ageing was generated for the last 30 years at the national and provincial levels of eight northernmost countries, applying quantitative methodology of the UN set as well as of the IIASA re-ageing toolkit. Having maintained connections with Prof. Sanderson, he gladly agreed to be an official reviewer of my doctoral dissertation.

The YSSP widened my professional network by providing access to cutting-edge publications from POP as well as the Vienna Institute of Demography, and valuable opportunities became available to network at some conferences such as IIASA’s 40th Anniversary Conference “Worlds within reach: from science to policy” in 2012 as well as “New measures of age and ageing” in 2014 organized by the Wittgenstein Centre for Demography and Global Human Capital. I was extremely pleased that my Arctic populations’ related expertise was noticed and invited to be applied in a newly established IIASA Arctic Futures Initiative (AFI).

The AFI has been created to serve the need for a holistic assessment of plausible futures of the Arctic. This initiative is rapidly moving forward towards developing its strategic plan and coordinating actions with involved stakeholders (science, policy, business, and society). I am the second postdoc in the AFI team hired to deliver on the tasks affiliated within the IIASA POP program. I will make use of the accumulated knowledge and data on well-being of circumpolar populations. Under the project umbrella, I will project on population change in the Arctic taking into account human capital variables, in particular education. Nowadays, projections of population change in the northern localities are often not available, vary widely (between existing attempts), do not explain the socioeconomic reasons behind projected demographic changes, and do not use a holistic approach to develop pan-Arctic scenarios and assumptions.

Significant changes have occurred in northern countries regarding education in recent decades, which tremendously influences all demographic processes. For example, the preferences of educated males to return to their communities while highly educated females move permanently away to cities and from the Arctic regions (e.g. Danish North), migration of youth to pursue education to large urban centers, healthier behaviors, drop of fertility with regard to education, etc. To add value to the population projections and to serve various decision-maker’s needs, we must look to the changing levels of attainment as a crucial factor of future human capital and therefore adaptive capacities of the Arctic. That’s what I am going to work on in the coming months. 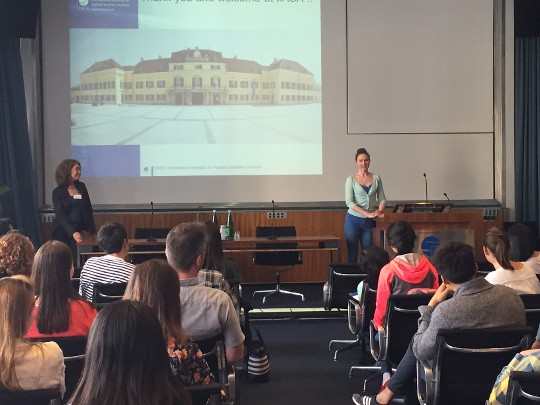 Anastasia Emelyanova holds degrees in Health Sciences and Social Work. Her doctoral thesis entitled "Cross-regional analysis of population aging in the Arctic" was defended in November 2015, at the University of Oulu (Finland), Centre for Arctic Medicine. She is an active member of the University of the Arctic Thematic Network of Health and Well-being in the Arctic, focusing on collaboration within the Barents and Nordic contexts in particular. Her main research interests include the Arctic demography, population aging, projections of northern populations’ change, human health and well-being under northern conditions, and social policy in the respective fields.

Dr. Emelyanova first came to IIASA in 2011 as a participant of the Young Scientists Summer Program (YSSP) when her work focused on aging in the circumpolar territories of Russia. She returned to IIASA's World Population (POP) program for joint work with the IIASA Arctic Futures Initiative in April 2016, to contribute to the reconstruction of demographic data and specific projections of population changes in the sub-regions of Arctic localities, as such projections are often not available at a holistic manner, vary widely between existing attempts, do not explain the socioeconomic reasons behind projected demographic changes, and have never taken into account human capital variables, e.g. educational attainment. Dr. Emelyanova is the second post-doctoral scholar to be part of the development team of the IIASA Arctic Futures Initiative.