The Alumni Association is introducing new staff at IIASA to the alumni community. This editorial on IIASA at this year's AAAS Annual Meeting is by Jan Marco Müller, who is Head of the Directorate Office and Coordinator for Science to Policy and Science Diplomacy since 2017. 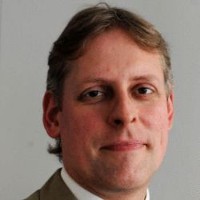 © Jan Marco Müller, Head of the Directorate Office and Coordinator for Science to Policy and Science Diplomacy, IIASA

Being itself a child of “diplomacy for science”, IIASA is stepping up its efforts to promote its role in science diplomacy and to foster debates about how science can help building trust between nations, but also support foreign policies in very practical terms. After having hosted in October 2016 the first ever global workshop of science & technology advisors in Foreign Ministries, IIASA organized two sessions at the recent Annual Meeting of the American Association for the Advancement of Science (AAAS), which took place in Austin, Texas on 15-18 February 2018.

The first session, which attracted some 80 participants, took advantage of the fact that the meeting was held close to the US-Mexico border, flagging an issue which has climbed up high on the international policy agenda: migration. Chaired by the Deputy Director of the AAAS Center for Science Diplomacy Mahlet Mesfin, the session tried to answer the question: How can science diplomacy help to inform migration policies? IIASA Director General and CEO Pavel Kabat framed the question in his introductory talk by stressing how migration issues strain international relations and highlighting work of IIASA in this area, especially in the World Population Program. This was followed by a presentation by Patricia Reilly, Deputy Head of Cabinet of the European Commissioner for Education, Culture, Youth and Sport who underlined how science diplomacy helps tackling the European migration crisis, e.g. through the technical support provided by the European Commission’s Joint Research Centre which has developed tools like the “asylometer” which monitors requests for asylum per source country across all Member States. The third presentation was given by Arturo Menchaca Rocha, Chair of the Scientific Advisory Board to the President of Mexico, who reminded the audience that for the last ten years migration from the US to Mexico has been higher than vice versa, i.e. migration flows have been reversed for some time, thus contradicting the narrative of a border wall. He also pointed to brain drain issues by saying that there are more Mexican researchers working in the US than in Mexico. Denise Gilman, Director of the “Immigration Clinic” at the Faculty of Law, University of Texas at Austin, responded to the three presentations by sharing insights into her work in providing legal advice to migrants and stressing the social responsibility of scientists. The panel was followed by an intensive debate about the use of scientific evidence in migration policies.

The second session organized by IIASA, attended by around 50 people on Sunday 8 am, was called “Instruments of Science and Diplomacy: The importance of international research organizations”. It aimed at discussing the role institutes like IIASA can play in bridging people and nations, including those that have troubled relationships. Chaired by the former US Under-Secretary of State Kerri-Ann Jones, the session featured presentations by CERN (Maurizio Bona), ICTP (Fernando Quevedo) and IIASA (Pavel Kabat). Founded in the 1950s, 60s and 70s, respectively, all of them play important roles in science diplomacy, with CERN even being a formal observer to the UN General Assembly. Independent of each other, the three talks also underlined the link between science and arts and how such a cooperation can help to “keep the channel open”. The presentations were followed by remarks by Marga Gual Soler from the AAAS Center for Science Diplomacy, who stressed that science diplomacy is still a very male-dominated business. The panel contributions triggered a very lively debate about the role international research organizations can and must play in an era in which multilateralism goes through a period of crisis. A concrete outcome of the discussion was an agreement between IIASA, CERN and ICTP to launch a network of international research organizations engaged in science diplomacy.

The two sessions demonstrated once again the convening power of IIASA, serving as a global hub for science diplomacy.

Following his PhD in Geography from the University of Marburg (Germany) in the year 2000, Jan Marco Müller's career included assignments as Assistant to the Scientific CEO of the Helmholtz Centre for Environmental Research (UFZ) in Leipzig (Germany), Research Programme and Communications Manager of the JRC Institute for Environment and Sustainability in Ispra (Italy), and Head of Business Development & Public Relations of the Centre for Ecology & Hydrology (CEH) in Wallingford (UK). During these years he also served as founding Secretary of the Partnership for European Environmental Research (PEER), the network of Europe's largest environmental research centres. In 2009, he broadened his experience at the science-policy interface by becoming the Assistant to the Director-General of the European Commission's Joint Research Centre in Brussels until 2012, when he was asked to join the recently appointed Chief Scientific Adviser to the President of the European Commission. He supported Professor Dame Anne Glover throughout her tenure, playing a key role in shaping the activities of the office. Following a 5-month fellowship with US science policy expert Roger Pielke Jr. at the University of Colorado at Boulder, he helped between January 2016 and March 2017 to set up the European Commission's new Scientific Advice Mechanism. Speaking six languages, Jan Marco Müller spent 5 years of his life in Latin America, thus being very well acquainted with the challenges and opportunities of the Developing World.