IIASA Director General and CEO Professor Dr. Pavel Kabat is making an extended visit to South Africa from 4-11 December to take part in an international review of the South African National Research Foundation, to speak at the South African Science Forum, and to meet South African Minister of Science and Technology Naledi Pandor among other activities. 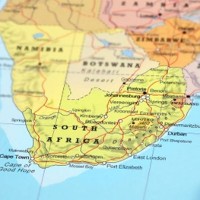 The Science Forum: South Africa is inspired by events such as ESOF, AAAS and the Japan Agora. It is a first attempt to bring such a large-scale public platform for debating the science and society interface to Africa. Kabat is speaking on the first day of the conference as part of:

South Africa has been a member of IIASA since 2007 with the National Research Foundation (NRF) representing the country’s membership as its National Member Organization. During this time a range of research and capacity building activities have been developed by IIASA and over twenty South African research partners to strengthen and support the development of systems analysis in South Africa (see below).

Kabat will also be meeting with the South African Minister of Science and Technology Naledi Pandor and high-level representatives from NRF, Government and academia. Earlier this year, Pandor visited IIASA to discuss and strengthen cooperation between IIASA and South African institutions.

In South Africa, Kabat will also be playing a key role in an institutional review of NRF as a member of the three-person international panel that is tasked with compiling the synthesis report on the NRF as a single organization.

Since South Africa’s membership of IIASA began in 2007, a range of research collaborations and capacity building activities have been developed by IIASA and over twenty South African research partners. The most notable activity is the Southern African Young Scientists Summer Program that has developed system analytical research skills among over 80 doctoral students from 30 countries including 35 students from South Africa.

Joint research studies have explored how South Africa can make the transition to a low-carbon economy; smart ways to increase crop yields in South Africa; and the impact of different education policies on South Africa’s future population. These activities are complemented by scientific exchange with over 120 researchers either visiting South Africa from IIASA or visiting IIASA from South Africa.

Read the IIASA Info Sheet on South Africa for a summary of this expanding relationship since 2008.

Visit of South Africa's Minister for Science and Technology to IIASA