Professor Michael Clegg became the Chair of the IIASA governing Council on 30 September 2017, and is also the Council member for the USA. 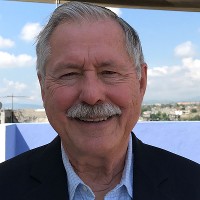 Clegg was elected as IIASA Council Chair in September 2017. He also serves on the IIASA Council, representing the US National Member Organization, the National Academy of Sciences. Clegg was the chair of the institutional review committee, which recently conducted an independent, comprehensive evaluation of IIASA including all structures, processes, and activities. The review’s findings were presented in June 2017, and the council and management are now working to take forward the key recommendations.

Clegg brings a wealth of international scientific experience to his role as IIASA Council Chair. He is currently the vice president (external) of the International Council of Science; he served 12 years as the foreign secretary of the US National Academy of Sciences, and six years as co-chair of the Inter American Network of Academies of Science. He is a Fellow of the World Academy of Sciences (TWAS) and a corresponding member of several academies in Latin America and Africa.

Clegg is a Member of the US National Academy of Sciences, the American Academy of Arts and Sciences and the American Philosophical Society. His scientific work is focused on population genetics, molecular evolution and agricultural genetics. His early work addressed the evolutionary dynamics of linked systems of genes. In the 1980s and 90s, he helped pioneer the use of molecular sequence data for understanding plant evolution. In recent years, Clegg has used genetic methods to explore the history of plant domestication, an important area of agricultural science.